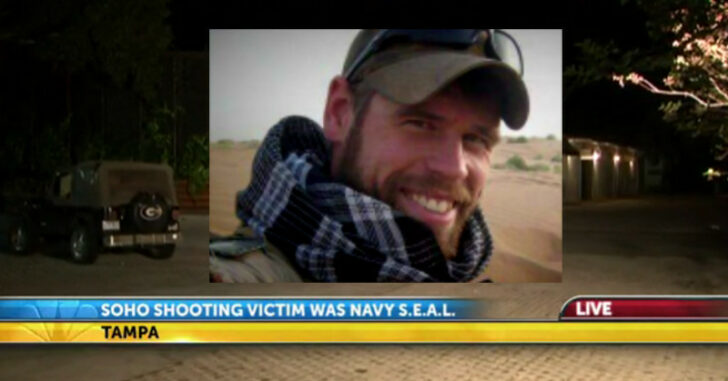 TAMPA, FLORIDA — A former Navy SEAL and advisor to the film “Zero Dark Thirty” was fatally shot at approximately 2:30 am after he charged at a man he had been involved in with an altercation prior.  It’s the sort of tragic story that we hope never to see at Concealed Nation but it merits discussion.

As News Channel 8 reports, Tim Martin, 37, became involved in some sort of altercation with another patron.  The patron left the bar and returned with a gun.  Martin allegedly charged at the man despite seeing he was armed.  The man then shot Martin and he was evacuated to a nearby medical center where he succumbed to his wounds.

Absolutely tragic.  Martin was credited with being a ski and yoga instructor in addition to being a father.  People from the community that appreciated his contributions were understandably devastated when they heard the news.

Okerlin remembers Martin as a man dedicated to his work and his son. “He’s an amazing father, and we’re just going to horribly miss him and that beautiful energy and sweetness that he brought everywhere with him,” she said.

Tampa authorities are investigating the shooting as an act of self-defense.  And sadly, they may have a solid point.  Despite Martin’s fantastic contributions to those around him, he engaged in very poor judgement.  The entire situation surrounding this event is presently under investigation, so the details surrounding this scenario are not completely clear.

According to Tampa detectives, both men knew each other prior to the attack.  Whether it was a case of poor judgement by all those involved or simply Martin, that may never be known.

What makes this so sad is the unknown details for how both men may have been able to avoid this encounter altogether.  It’s why we constantly harp on alcohol and carrying concealed not mixing.  Firearms are only as good as the people holding them — and if those people have impaired judgement due to strong emotions or drugs, they may come to regret their actions.

After a bullet leaves the chamber, it’s damage can never be undone.  A sober reminder for those of us who carry.