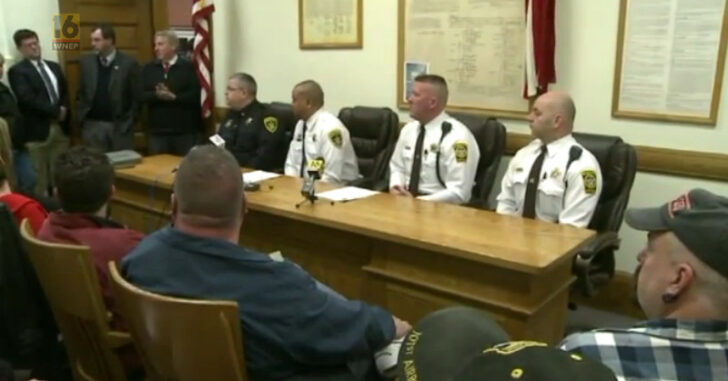 TOWANDA, PENNSYLVANIA — County sheriffs in neighboring counties are collaborating together to ensure law-abiding citizens don’t get caught in the cross hairs of law enforcement.  Bradford County, is about to be one of the first counties in Pennsylvania that can have its residents apply for a non-resident New York permit in Chemung County, New York, according to sources at WNEP 16.

“Bradford County residents are now able to get a concealed carry permit in Chemung County, New York which allows them to carry concealed through the whole state of New York,” said Sheriff Clinton J. Walters from Bradford County.

This is pretty much unprecedented for out of state concealed carriers.  New York does not issue non-resident permits for concealed firearms normally, but such an agreement would effectively allow residents from both counties to travel freely and safely without being subject to the very harsh penalties associated with carrying a firearm into New York state.

“I carry in Pennsylvania quite often and being a fire chief sometimes we have mutual aid calls in New York and basically I can’t go up there,” said Steve Carter.

Of course, there are some stipulations to those conditions.

Maybe New Jersey will catch on?  Well, that’s being a little too hopeful.  In the meantime, this certainly reduces the number of arrests and black marks on people’s records associated with either accidentally crossing the line with a concealed carry firearm or otherwise remove the inconvenience of having to travel back and forth between the state lines.

And apparently, other New York and Pennsylvania counties that straddle the state line are being actively encouraged to participate in this pilot program which — to be honest — is an absolutely fantastic idea all around.

“If some of the other counties that, you know, butt up to the state line are interested in it, we will enter the same agreement and work them. For now, it’s for Bradford County residents only,” said Undersheriff Bill Schrum from Chemung County, New York.

There are a lot of states up North that alternate between extremely liberal gun laws and extremely conservative ones.  State lines that border Massachusetts, New York, Connecticut, New Jersey and Maryland are all excellent examples of areas that are hazardous to travel across without a permit.  Plus, for those who break down on the side of the road due to winter storms or bad weather, they do not have to be disarmed and can safely await help to arrive.

Previous article: #DIGTHERIG - Matt and his Smith & Wesson M&P Compact .40 S&W Next article: [OP-ED] Tenth Week In A Row, Gun Stores Up Here Are Packed! But There's A Problem...