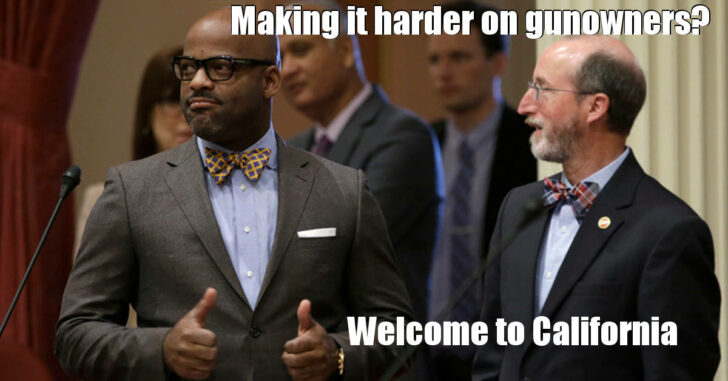 SACRAMENTO, CALIFORNIA — If it wasn’t already difficult to be a legal gun owner in the state of California, now there are about to be new rules to how Californians acquire ammunition.

The California Senate passed Senate Bill 1235 and Assembly Bill 156 on a 24-15 vote in favor. The Governor of California will now have to decide whether or not to veto the measure which would inevitably require the legal purchase of ammunition to be accompanied by a background check.

Measures also include language to remove the ability of a person to borrow a gun for up to 30 days without a background check — essentially hurting gun ranges that allow people to try out guns prior to purchase.

Senate Bill 1235 would extend the laws regarding the distribution and record-keeping associated with people and their registered firearms to include ammunition as well.

The bill, if signed, would be enacted on July 1, 2019. It would require ammunition vendors to submit information to the Department of Justice for transactions involving ammunition. This record would be kept on file for two years and would be used to compare against a California-maintained database on a list of people prohibited from owning firearms.

And now, Californians can look forward to either being listed in an Automated Firearms System or acquiring a one-time ammunition transaction license.

Violating any of these conditions will be a crime.

As one Californian Senator put it, Sen. Jeff Stone, R-Riverside, said that these measures would do nothing to abate the acquisition of ammunition by criminals.

via the Mercury News

“They’ll go to the black market to buy their ammunition,” Stone said. “I’m going to stand with the Second Amendment. I urge a no vote.”

These recent actions look to be an unconstitutional progression of a long time track record of imposing arguably illegal retroactive actions that affect all law abiding gun owners. Now, routine practice of the simple principles of marksmanship may become an arduous, bureaucratically-ridden task.

It’s quite clear that the Californian system of governance has absolutely no regard for its own people, their welfare, or their safety. The United States Constitution is quickly becoming a joke and there appears to be nothing stopping these sycophants from robbing its citizenry of their collective rights.

The good news? Californians have three years to stock up on ammunition before this measure goes into effect. The bad news: no criminal is going to be remotely bothered.

Previous article: #DIGTHERIG - David and his S&W SD9VE or a Ruger SR45 in an Alien Gear Holster Next article: After Hearing Gunshots, Armed Man Goes To Aid Of Neighbors During Horrific Armed Home Invasion