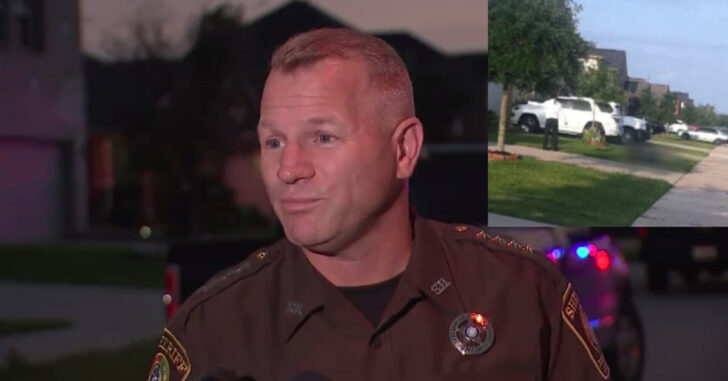 FORT BEND COUNTY, TEXAS — Sheriff Troy Nehls responded to an emergency call relating to shots fired near a residence in his county. When he arrived, he found the homeowner standing over the lifeless body of what appeared to be an attempted robbery suspect. The criminal appeared to be in his 20s and witnesses saw a black truck speed off after the shooting took place.

Sheriff Nehls, after assessing the facts, determined that this was a self defense situation. The homeowner was defending his home and his life from a thug who witnesses say was on the homeowner’s front lawn waiting for him with a gun of his own.

“Don’t come into Fort Bend County and start waving guns around because you could leave in a bag,” Nehls said.

Nehls went on to say, “We just want to come home from work and spend time with our families. We don’t need thugs coming into this county to try to rob us of our possessions. So here’s my warning to criminals. You may want to go back to Harris County.”

Well, there you have it folks. Gangbangers apparently aren’t invited to the barbecues any more. Just because a bunch of thugs think they’re immune to the law doesn’t mean that homeowners have to stand by defenseless while they get harassed, threatened, and potentially seriously hurt.

This is Texas. People take serious offense to threats, idle or not. And sometimes the only way to deal with an unruly, rabid criminal with a gun is by way of a good guy with a gun.

Be prepared, keep your situational awareness and most certainly carry your handgun everyday, everywhere legally possible to do so.