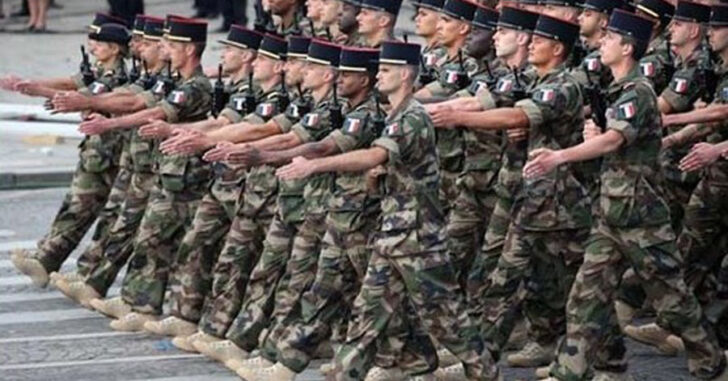 By Dan Zimmerman via The Truth About Guns

Hey, you know what might be a good idea in the fight against amorphous, hard-to detect threats posed by a nihilistic, violent enemy that wants nothing more than to stage high profile, high casualty attacks against sovereign nations and their people? Let’s arm the populations of those potential targets so that when that enemy does manage to pull off an attack, the chances of slowing them down and limiting the carnage are increased.

It’s such a crazy idea, it just might work!

You know who’s come around to that way of thinking? Our assiduously anti-gun friends the French.

France’s “operational reservists” include French citizens with or without military experience as well as former soldiers.

“I want to call on all French patriots who wish to do so, to join this operational reserve,” said Cazeneuve.

After last week’s attack in Nice, the current government’s coming under withering attack for its inability to prevent these atrocities. Their conclusion: add more citizens to the operational reserve to beef up and back up the gendarmerie.

The operational reserve is currently made up of 12,000 volunteers, 9,000 of whom are within the paramilitary police and 3,000 in the regular police force, said Cazeneuve.

“We are going to reinforce the presence of security forces across the country,” he added.

What does the “operational reserve” do?

They are organized in about 100 company-sized units called Reserve Intervention Units, in addition to a small number of so-called Reserve Specialized Units of similar size. During a crisis, their duties in support of the civil authority include providing general reinforcement of public order forces, aiding the population and maintaining continuity of essential public services. In cases of extreme emergency, the civil authorities can also use these reserves for internal and border security, including protecting public facilities under a French anti-terrorism program known as Vigipirate, in which French military personnel conduct armed anti-terrorism patrols in key transportation, government and tourist facilities.

Sacré bleu! Les Français have come to the conclusion that more people with guns can be an effective deterrent to a dangerous enemy.

To be fair, in a free society, virtually nothing will stop a determined individual or small group from carrying out bloody, high profile attacks on civilians and other very public targets. The Orlando, Ft. Hood, and San Bernardino are just three notably disturbing cases in point.

Still, having more armed citizens will only reduce both the likelihood and potential effectiveness of such attacks — even if only marginally. It’s notable that even the French have now apparently come to that conclusion, though these new reservists will apparently only be carrying a weapon while in uniform. Allowing Madame et Monsieur Tout-Le-Monde across l’hexagone to pack heat is still a philosophical bridge too far. Le sigh.

Previous article: 1 in a Billion: Man Shoots Bullet Right Down Barrel Of Armed Robber's Gun Next article: #DIGTHERIG - Nick and his Glock 27 in an Alien Gear Holster