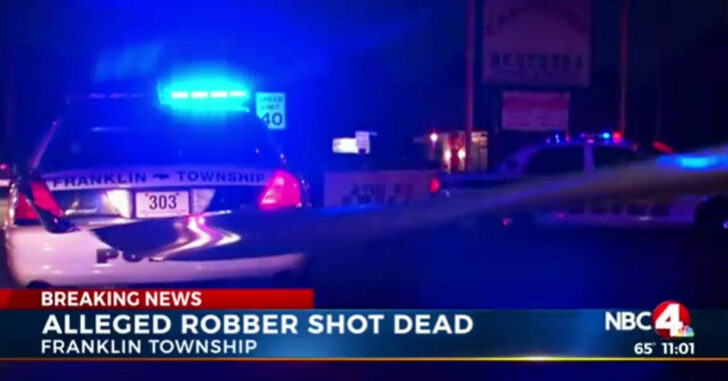 FRANKLIN TOWNSHIP, OHIO — A Boost mobile store employee shot and killed an armed robber as the robber cleared the doorway with a gun drawn. Investigators are still piecing together the scene but they say that the employee was properly licensed to conceal and he has not been charged with any wrongdoing.

According to NBC 4 Columbus, the shooting occurred around 7:30 at night.  The clerk is believed to have shot the robber once he confirmed the robber was armed. One bystander commented for NBC News that the neighborhood is traditionally very quiet and has a very low crime rate. The bystander was amazed that the armed robber targeted the mobile store because he didn’t suspect the clerk had much money on him.

What a dumb way to lose your life, right?

Armed criminals are increasingly targeting low yield jobs while threatening unauthorized uses of deadly force. The payout is likely only valued within hundreds of dollars and demonstrates a complete lack of understanding of basic economics.

Also, the risk-to-reward ratio for these types of jobs is exceptionally high.

All it takes is one law-abiding armed man or woman and the gig is unexpectedly up. Worse, you could be lucky to leave with your life.

When will armed criminals get the picture and realize there’s much better money to be made elsewhere?

That’s not an issue for concealed carriers to contemplate. Our job is to simply stay prepared and be willing to protect our lives, our family, and our businesses from these fools.

Hopefully nature or education will sort the rest out.