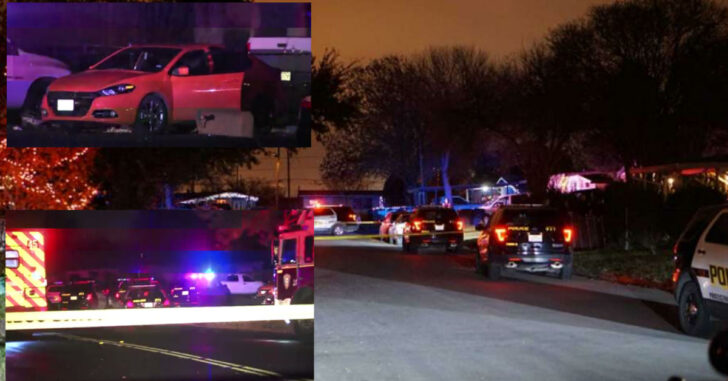 HOUSTON, TEXAS — We just finished covering a home invasion where a man had to wrestle control of a gun from one of the armed intruders before he could fight back to defend himself and his family. Go figure, that same night, another home got broken into in Houston and the homeowner was armed. It worked out a bit differently…

We already reported on that first home invasion here. The guy did what he had to do to defend himself and we’ll never fault him for that. However, in the second event of the evening, the homeowner was armed with a .22 caliber rifle and shot the intruder twice in the chest before the intruder fled.

According to MySanAntonio News, the suspect was apprehended outside the home and taken to a nearby hospital for treatment for his gunshot wounds. He’ll likely face criminal charges relating to the unlawful intrusion into that man’s property.

One homeowner doesn’t have a gun and is forced to fight for control of one to defeat two armed intruders pointing guns at him and his family. He takes a bullet to the hand and a grazing wound to his head. The other homeowner suffers no injuries.

This is where guns come into play, folks. It’s better to have one and never need it than to need it and not have it. The level of pain and misery required to overpower two intruders bent on violence is completely different than neutralizing the threat with your own gun.

Everyday carry of a firearm just isn’t in the cards for some people. While I would personally hope that any law-abiding citizen that can hold a gun, should, I fully realize there will be people who just simply won’t. However, that doesn’t mean you can’t have a gun for your own personal protection in your home. In fact, I strongly encourage it.

If an ambulance has to pull up outside your home after a violent home invasion, I would always hope it would be the other guys getting loaded in and not you. That’s a whole heck of a lot easier if you’re the person with the gun.

Personal protection in the home as well as out in the regular world is downright necessary. If not you, who will defend you, your family and your home? Make the conscious decision for it to be you and keep that gun nearby while you’re in the home. It’s a decision that could save your very life.