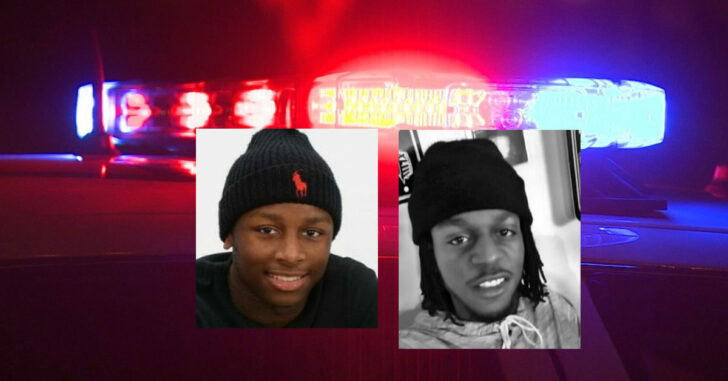 HENRICO COUNTY, VIRGINIA — Two unrelated home invasions, two justifiable homicides. That’s the verdict from a recent ruling by the Henrico County Commonwealth’s Attorney’s Office. Taivon M. Fox, 19, was a star high school quarterback that recently graduated and the other, Jarrelle J. Pringle, 21, wasn’t really known for much at all. Now they’re both dead after each took it upon himself to violently break into other people’s homes.

“After reviewing the facts of each case, we found that, in both cases, the evidence was clear that the person who discharged the weapon did so in self-defense,” Henrico Commonwealth’s Attorney Shannon Taylor said in an email.

In Fox’s case, he used a woman to lure a man out from his home. The woman claimed she had accidentally bumped into the man’s vehicle. When he went out to inspect damages, Fox and an accomplice snuck into the home. When they discovered the occupant’s girlfriend on the couch, Fox began beating her with a baseball bat.

Sensing something was off, the man returned to his apartment to find the door locked — which he confirmed he had left open when he walked outside. According to the man’s affidavit to police, he saw Fox standing over his girlfriend with a baseball bat.

The second intruder was upstairs rummaging through the couple’s belongings. The man entered the apartment and retrieved a gun from the kitchen. When Fox made a move towards the man, he opened fire. The girlfriend then got up and retrieved another handgun and shot Fox and the other intruder. Both intruders escaped the home but collapsed shortly thereafter. Fox succumbed to his injuries and died.

Jarrelle J. Pringle died in a separate home invasion. Both he and an accomplice broke into a home only to discover a guest sleeping on the couch. When they pointed their guns at him, he used his own handgun to shoot both of them. Pringle died at the scene.

We’re covering this story to highlight an important detail about home defense.

The situations surrounding each case were extremely different. In the first case, the victim was lured out from his home. They used a simple ruse and it backfired. In the second, the crooks came in guns drawn.

That’s how fast and insidious these situations can be. There’s not a whole lot of warning and even with the killing of both of these intruders ruled as self-defense, there can still be a lengthy investigation process that can take months to fully wrap up.

Prepare for the moment. It’s the only reliable way you can deal with a situation that completely spirals out of control. Whenever possible, the closer that gun is to you, the better the chance you can use it should the need arise.

Previous article: Machete-Wielding Man Grazed By Homeowner's .22LR Pistol, Amazed Homeowner Tried To Shoot Him -- Still Doesn't Understand Why His Bail Is So High Next article: Father Dies Protecting Family In His Own Driveway -- Hard Decisions And Hard Consequences