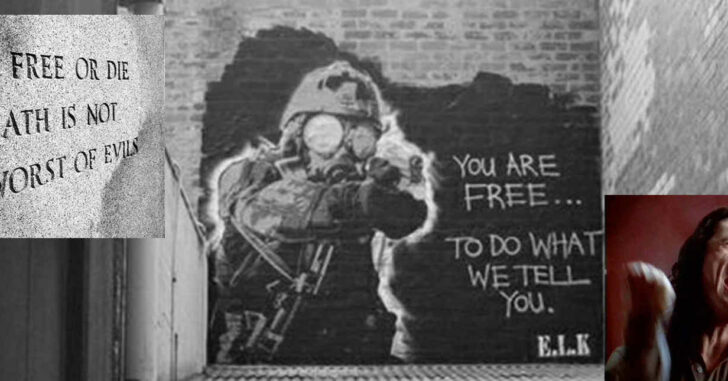 CONCORD, NEW HAMPSHIRE — We’ve got Maine to the right of us and Vermont to the left… Stuck in the middle with ingrained New Hampshire politics. We know we can do it. Maine has done it. Vermont has ALWAYS done it. Why not us?

After the November elections, Republicans in New Hampshire’s House and Senate are trying to push ahead with permitless concealed carry again.

“Article 2-A — nowhere does it say I have to ask the chief of police to exercise my constitutional rights,” Sen. Jeb Bradley, R-Wolfeboro said.

And of course, we have the usual partisan fear-mongering coming from the Democrats in the House and Senate.

“If this bill passes, anyone — resident, nonresident, alien, illegal aliens — would be able to carry a handgun with no license,” said Rep. Tim Horrigan, D-Durham.

And as for non-residents just being able to stroll on in with their handguns, I don’t see anything wrong with that. Why should we be like Massachusetts and throw every otherwise law-abiding gun owner in jail just because he’s not from the state?

If anything, it’s yet one more reason for law-abiding gun owners to spend their well-earned vacation time in our beautiful state.

For those completely unfamiliar what upside down Vermont’s concealed carry laws look like, they pretty much boil down to this:

Anyone* can carry a handgun so long as there’s no round loaded in the chamber and it’s clearly visible.

*So long as you’re legally allowed to possess a handgun in the first place.

This makes New Hampshire one of the few states where open carry is perfectly fine and constitutionally permitted. The second a coat covers the gun, you now need a permit.

The permitting process is relatively simple and straight forward. You go to your local town’s chief of police (or Sheriff’s Office if you live in an unincorporated area) and you pay between $10-14 for the permit application. The police chief has 14 days to approve or deny with cause. If the chief of police approves your request, he’ll give you a call and you come down to the police station and pick up your pistol & revolver license (PRL).

Now you can legally carry a concealed handgun.

New Hampshire doesn’t require a specific training program in order to obtain a permit. There’s no state-mandated safety courses or tests that an applicant needs to take. At its basis, so long as person has every right to possess a handgun, the chief of police ought to grant a permit to do so.

Not bad but why not go that final short step and just take the permit out of the process all together?

The Senate Committee overseeing the bill, passed it 3-2 along party lines.

Here’s what we can expect, unfortunately:

New Hampshire is an extremely entrenched, partisan state. That means every Democrat is going to vote with the other Democrats and most of the Republicans will stick with their own. However, the only heartening thing we DO have going for us this time is Chris Sununu as governor. He’s a Republican and, as much as I absolutely hate stereotyping political parties, he seems like he would at least be open to considering the possibility of signing that bill whereas Hassan was all too happy to burn that bridge.

What has been UNADDRESSED in this process is what New Hampshire concealed carriers will do when they travel out of state. In almost every state that allows permitless concealed carry for its residents, there is still a permitting process to obtain a concealed carry license for out-of-state travel. I’d imagine that the permit would only be reciprocated by the states that currently acknowledge New Hampshire’s pistol revolver license.

I suppose we’ll cross that bridge when we get there. In the meantime, it’s nice to see permitless concealed carry stands a chance in the “Live Free Or Die” state.