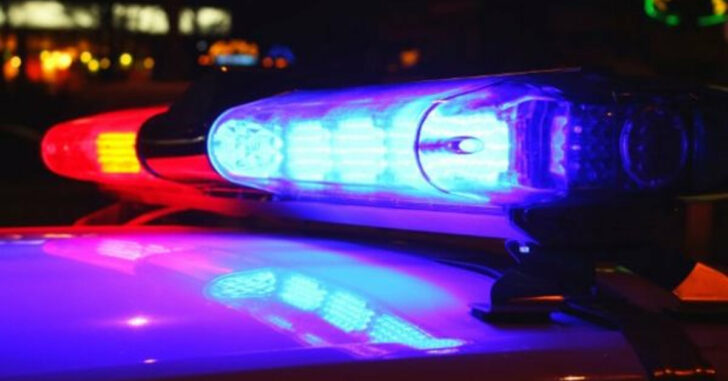 Police found him in a nearby field. They couldn’t assess his level of happiness on a level of 0 to 10 because, according to 11 Alive News Atlanta, because he was likely dead.

Someone call the Better Business Bureau and report ‘Happy’s Package Store’ for failing to make good on their promise.

However, the shop clerk was quite alright. Likely shaken up, no doubt, but alive and well. He used a gun he kept on him to dispatch the armed robber.

For some reason, the armed robber thought that because the place was called ‘Happy’s’, everyone would be too overcome with joy to notice a man waving a gun around. Based upon the level of his performance, I’d say the clientele and the management likely did not meet his expectations. He gets points for trying but this is Stone Mountain, Georgia, not Newark, New Jersey. Walking into just about any liquor store or convenience store, you have to expect you’re going to find a red-blooded American with a chunk of loaded steel and polymer piled into a holster. And he or she isn’t likely to take kindly to a gun waving about in his face or the threatening.

One would think that young, burgeoning criminals would grow up in this world being educated on such matters. Unfortunately, they’re not. I blame the public education system.

What I certainly can’t blame is this employee’s fast reflexes. That’s why it pays to go armed into the workplace when your work is a high traffic environment. Situational awareness and afternoons spent at the range all double back and pay themselves off in dividends the second some foolish buck with a stolen gun decides your life is worth less than what’s in the register.

*Happy’s Package Store does not have this slogan. They should. They really, really should.

Previous article: BAD FORM: Man Shoots At Suspected Thief, Bullets End Up In Nearby Apartment With Children Next article: Commissioner, Who Used Gun As Pointer During Meeting, Is Given OK By Governor Cuomo To Carry A Firearm On The Job