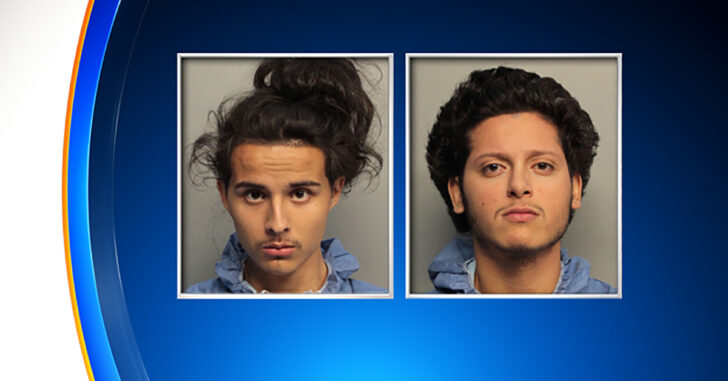 MIAMI, FLORIDA — When an unknown Good Samaritan witnessed three armed robbers forcibly taking their victim’s possessions, he armed himself with a handgun and opened fire. One of the robbers, 18-year-old Alberto Medal, caught a fatal gunshot wound and the other two took him and fled from the scene.

Miami police discovered the three as they attempted to flee the scene and got their wounded accomplice to the hospital, according to CBS Miami. Medal died at the hospital. Now his two criminal buddies, Marcel Antonio Bolanos, 19, and Steven Palacio, 19, will be charged with his death alongside the armed robbery.

“We do know that a Good Samaritan in the area saw the entire crime unfold, armed himself with a handgun and began to fire at the three robbers. One of them was struck,” said Miami Police Ofc. Kenia Fallat.

Miami police have not discovered the identity of this armed Good Samaritan but credit his work with potentially saving the life of the victim. As for the remaining two suspects, they will likely face a lengthy prison sentence in connection to the death of their buddy.

We’re definitely not encouraging concealed carriers and gun owners to go about prowling the streets of Miami. Concealed carriers are not superheroes and, as we’ve seen in a few tragic instances, are susceptible to bullets just like every other human being. But, for some strange reason, one gun owner saw the crime taking place and decided to take action.

But not all of us are like that. Some people, for whatever reason, want to stay out of it at all costs. Their lives, homes, and families are all top priorities. That’s why we have 9-1-1. Call it. Hang out with the operator and pass along any descriptions or details which may help identify the bad guys later on. Police will actually be pretty thankful they have an eye witness to the crime that is willing to step up and help identify criminals.

There’s more than one way to fight violent crime. This Good Samaritan did a pretty good job, though.

Previous article: Barbershop Owner Speaks After Defending Himself And His Brother Against An Armed Robber Next article: Neighbor Sees Man Raise Brick To Strike Woman -- Intervenes To Save Her Life