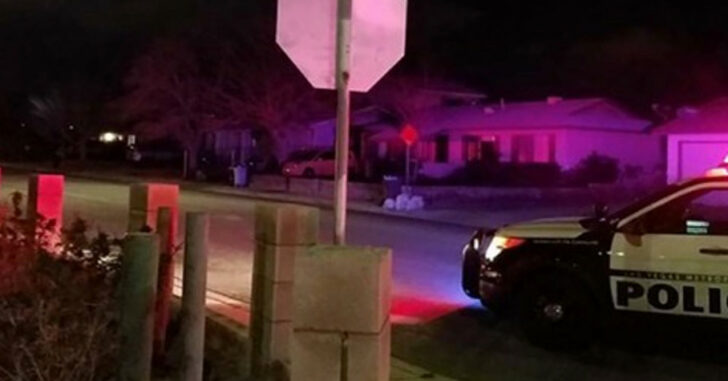 LAS VEGAS, NEVADA — When a neighbor saw a couple arguing out on the sidewalk, he waited to see if it would escalate. It did. The man began a physical altercation with the woman. When the man raised a brick to allegedly strike her head, the neighbor emerged with a gun and shot him once.

According to the Review Journal, the man was hospitalized and is expected to recover from his gunshot wound. The homeowner was not arrested or charged. His actions were cited by Las Vegas police as one of the principle reasons the woman had not been struck by a brick.

Physical altercations can accelerate so quickly. We’ve seen situations where two people yell at each other for minutes on end and storm off. There’s others where one word spoken is enough to get stabbed. As a bystander, it’s hard to say which way a situation will go.

However, every person in Nevada has the right to intervene on another’s behalf when that other person is a victim of a violent crime.

As a gun owner, using a firearm to defend another’s life can be a tricky situation. You have to consider the life you’re trying to save alongside the lives of those not even associated with the situation. A missed shot can go into someone else’s house or cause property damage. These are things we have to think about.

This Good Samaritan helped protect a young woman’s life. That’s a lot better than people just standing around, looking outside their windows, and thinking, “oh my, what has the world come to?”

It’s good to see people stepping up to help each other out. That’s part of what makes this country such a great place to live. We live in a country that acknowledges every person’s right to defend themselves. And this is just another daily example of that playing out.

Previous article: Austrailian Man Faces 20 Years in Prison for Printing a Replica Firearm Next article: Good Samaritan's Gun Jams After He Fires On Attempted Robber -- Good Thing The Bad Guy Wasn't About To Fight Someone Who Could Fight Back