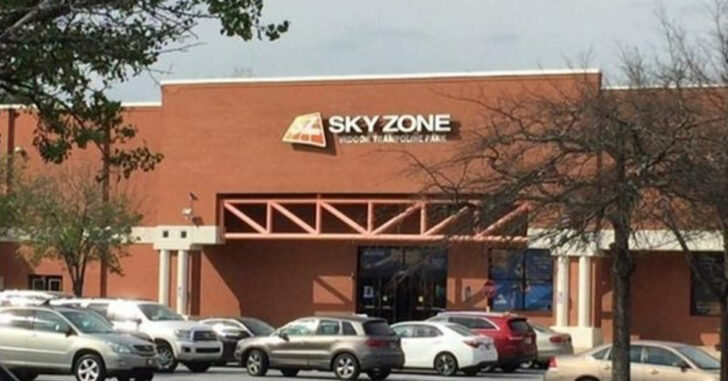 NORTH FULTON COUNTY, GEORGIA — A man is not being charged after Roswell police arrived in response to reports of an armed man jumping on a trampoline in a kid’s amusement center. The Sky Zone is a place for people to bring their kids and includes a section of trampolines. The man had a gun visible in its holster when he jumped atop one of the trampolines and started hopping. Parents became worried at the sight and told the manager who then asked the man to store his gun in his car.

The man refused. At which point, according to Kiro 7 News, the manager called police. However, police quickly determined that the man had done nothing legally wrong.

“I guess the guy felt that since there wasn’t a sign up, that he could carry his gun in there,” resident Vincent Freeman said.

The man told the manager he always keeps his gun on him to protect his children.

The question we’re asking our readers: was this an irresponsible practice?

As concealed carriers and writers of concealed carry topics, we constantly push responsibility and accountability for our firearms. After all, you can’t protect yourself or those you love if you can’t maintain control over your gun.

Nothing in the article suggested the man was jumping wildly or otherwise in danger of losing control of his firearm but the issue of public perception is a big one. It is this man’s right to carry a gun onto a trampoline inside a children’s amusement center. Until he loses control of that firearm, he’s not in danger of hurting anyone.

The question is: will other people trust him to jump around on a trampoline when their own children are potentially at risk?

It’s an interesting debate and I’m really curious to see what our readers make of this event. Nothing bad happened to anyone. No one was arrested. At most, I think the manager could have asked the man to leave if he is in a position to speak for the lease holder of the property.

Previous article: Intruders Give Homeowner Options: Give Gold Or Get Lead -- He Chose Option C: Give Lead Next article: Three Burglars Shot And Killed By Homeowner's Armed 19-Year-Old Son