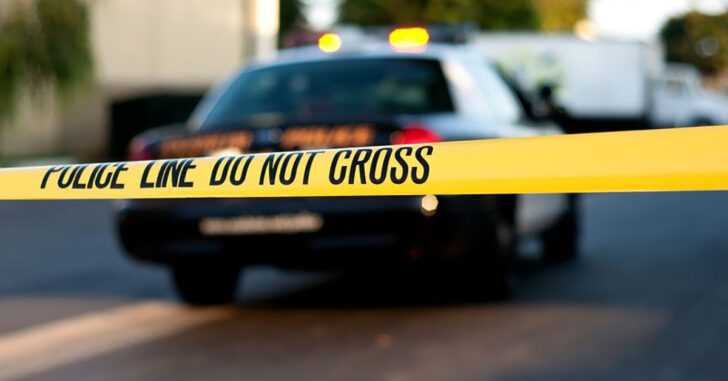 LOS ANGELES, CALIFORNIA — A large ‘boulder’ thrown through a windshield was enough to force the man inside the vehicle to draw his firearm and shoot.

What constitutes use of deadly force against an attacker will vary from state to state, but something classified as a ‘boulder’ would make it seem that you would be in fear of great bodily injury and/or death.

The man inside the vehicle was reportedly sleeping there when a man and woman walked up and approached his vehicle.

“For reasons still under investigation, the male threw a large boulder through the driver’s side window toward the vehicle occupant,” Olivas said. “The man inside was armed with a handgun and fired several shots at the male, striking him.”

The woman was not hit by the gunfire and fled the scene, according to Olivas.

He said the alleged rock thrower, whose identity was not immediately released, was taken to Riverside Community Hospital, where he died a short time later.

The motorist, who was not hurt, remained at the location and was detained without incident. As of noon, he was being interviewed by investigators, Olivas said.

There is no word on whether the man who fired the gun was legally in possession of that gun, or if he had a permit to carry. We know that the State of California can make it difficult to obtain a concealed carry permit, but it’s not an impossible feat.

Police say that the man is not under arrest and has been cooperating with police. That seems to point to the lawful carry of the firearm that he used in self-defense.