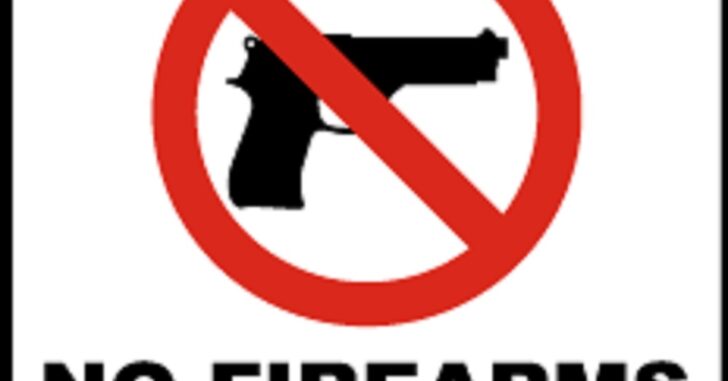 My hometown in North Carolina saw two robberies of different branches of the same bank within the past several weeks — they were both committed (allegedly) by the same man, who showed up at the bank, passed a note that said he had a gun, and took whatever money the helpless cashier had available.

He was arrested not too long after the second robbery.

The actual robberies in this instance were not the biggest issue, here.

The issue (for me) was that this was personal. One of the cashiers at the second branch he held up is a close family friend. She gave me advise on how to save up before getting engaged. Everybody has those people with whom they do business that are more than colleagues. She was one of them.

I missed the robbery by about an hour, give or take.

So, all of that is horrible, yes — but why should that make everyone mad?

Well, thanks to those who are under the impression that banning guns deters crime, I couldn’t been armed to assist, even if I had been there on time. I don’t believe that everywhere in the United States you are prohibited from carrying in a bank, but you sure can’t in my bank in North Carolina.

The policies against carrying guns are ignored by criminals — obviously. You don’t have to be a “gun person” to get that. You just need to not be a moron.

So what the hell good is it to prevent me, you, or people like us from carrying a firearm into one of the biggest robbery targets conceivable?

Gotta stop those impulse robbers, I guess. It’s ridiculous, and the sooner it’s amended, the safer everyone at your current gun free zone will be.

Previous article: What Sweat Does To Your Concealed Carry Handgun Next article: Teen Attempts Re-Entry After Sneaking Out, Family Member Makes Mistake of Their Life