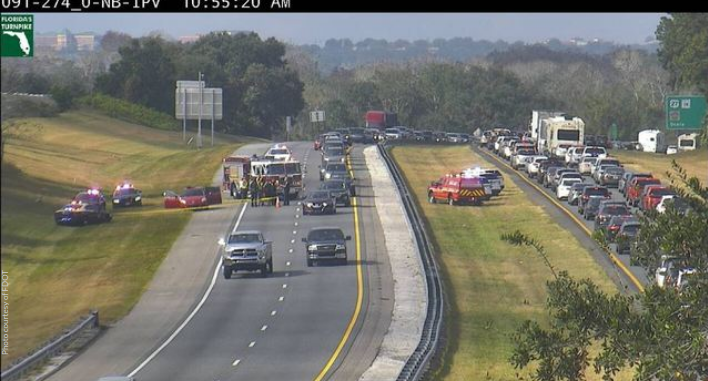 CLERMONT, FLORIDA — In a ‘carry everywhere you go’ story, a man and teenage girl were the victims of an apparent road rage incident on one of Florida’s highways Friday morning.

Police are still searching for the suspect, and the two people shot were transported to the hospital. Their conditions are not known at this time.

All southbound lanes of the turnpike were shut down before State Road 50 around 10:15 a.m., after a 37-year-old man and a 17-year-old girl, both from Miami, were shot by someone in a gray Toyota Camry, troopers said.

Who knows what transpired but assuming that the two people shot were innocent in this, it’s a solid reminder that bad things can come your way when you least expect it.

We’ve all been involved in road rage incidents, and hopefully we were never the instigator. It’s important to keep a cool head when driving, and do everything that you can to not feed into anyone’s road rage. Things can turn from bad to worse. If it’s a really bad case, it’s best to get out of the area and away from the angry driver. Slow down, or take the next exit to get a safe distance away.

If they continue to follow, calling 911 and alerting them of the situation is important. Keep them on the phone and they will guide you with the best options, and will be able to tell you how far away the police are from your location.

In any event, it’s always a good idea to write down or take a picture of the vehicle and plate, and make note of the description of the person behind the wheel.

We hope that these two people who were shot will be alright and make full recoveries.

Where’s your firearm when you’re driving? You don’t have to tell us here, but just make sure that it’s in a place where you can get to it quickly. I’m not talking about a shootout down the highway, but different situations do call for different responses.

Previous article: Gas Station Owner Pulls Gun On Man With Skimmer Next article: Mass Shooting Stopped By Armed Citizens In FL, But You Won't Hear About It In The News