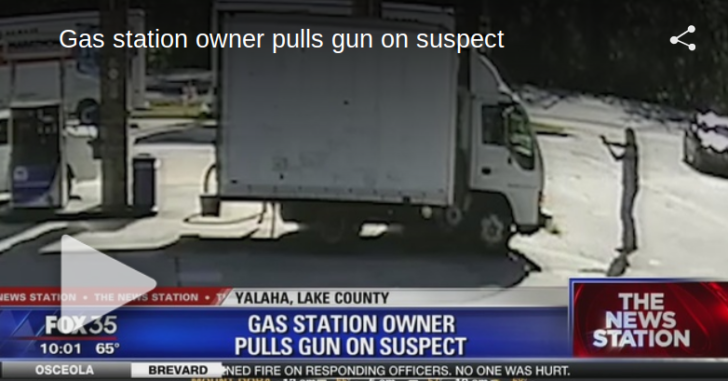 LAKE COUNTY, FLORIDA — A gas station owner found a man placing a credit card skimmer on one of his pumps, and he took action to try and stop him. Jaykumar Patel was working when he noticed a strange error on his register after a truck had pulled up to the pump. He told reporters that he was suspicious of the error because over the last several weeks, someone had been tampering with his security stickers on the pumps. Local media reports;

Surveillance video shows Patel walking outside. He says he spotted the guy standing with his car door open and the door to the pump open with wires coming out. He says the suspect started backing up the truck and then peeled out but he still got a license plate number and called 911.

Police were able to pick up 43-year-old Lazaro Castro a few miles down the road, and he was arrested for his scanning scheme. Patel did the right thing by taking down the license plate of the truck and giving police an accurate description of the truck and the suspect. Kicking the truck and confronting the criminal, however, may have been a bad choice. If that man had shot at Patel, the day could have been much worse than someone trying to steal credit card numbers. During something like this, there is always a choice to be made. While this is Patel’s livelihood and he needs to protect his business, his life is more important. There’s no telling whether a criminal is armed or not, and if your life isn’t in immediate danger, it’s best to be that great witness and report to police all of the information that you can. And in this case, police were able to find the man responsible because of the description that Patel gave.
Categories: General, News

Previous article: TRAGIC: Woman, Being Attacked By Dog, Is Accidentally Shot And Killed By Man Trying To Save Her Next article: FL Road Rage Ends With Man And Teenage Girl Shot