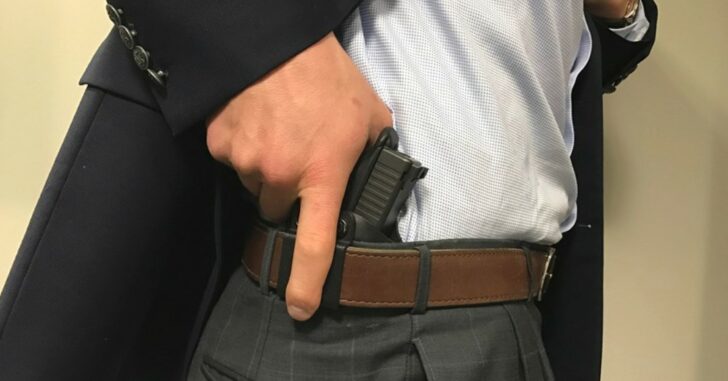 It’s long been debated that enacting such a law would allow people to carry in states with stricter gun control laws than in the state in which the person is from. Example; a person with a Florida permit carrying their firearm in the state of New York.

Because of the current laws, in which each state decides what state permits it will accept, thousands of people each day are deterred from bringing their firearms with them while traveling. This leaves them vulnerable in ways that they are not while inside their home state.

All politics aside, we live in an age of extreme uncertainty, and the more responsibly armed citizens the better.

It’s no secret that guns save lives; in fact they are used to deter and stop crime thousands of times each day in this Country alone. Why hinder someone’s ability to cross state lines, when they are perfectly capable of carrying that firearm inside their own state with success?

Terrorist attacks, lone gunman, and general threats are an unfortunate way of life now. While your odds of being in the proximity of the next mass shooting are extremely low, your odds of being a victim of an everyday violent crime aren’t as low. Not even close.

To further concealed carry reciprocity, though, we must think about the current state in which we live. By state, I mean the overall nature of life now. It’s not simple and it’s not safe. Those who choose to carry are doing so for a reason. It may be a number of reasons but one fact is not to be argued; if ever faced with a person looking to do hard to one person or 100, it’d be nice to know that you have your firearm on your person so that you have a fighting chance.

What’s your stance on on national reciprocity for concealed carry?

Previous article: Father Steps In With Gun During An Attempt By Four People To Kidnap His Daughter Next article: Unbelievable: Father Shoots Into Car Carrying His Children