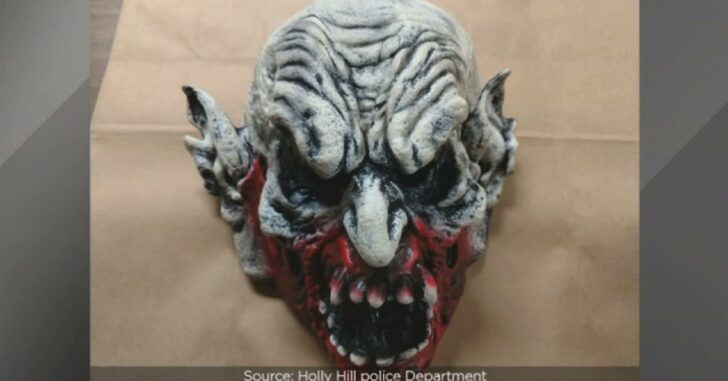 HOLLY HILL, FLORIDA — A pizza shop employee was closing up for the night when a masked man approached him outside as he was leaving. That masked man struck the employee in the head and shoulder with a piece of wood, and then tried to stab him with a pair of scissors. The employee was armed with a handgun, and he used it to defend his life.

Feliciano told police he drew his gun and shot the man four to five times at close range, according to the police report. Feliciano has a concealed weapons permit, police said. The masked man was taken to Halifax Health Medical Center, where he later died.

The employee, who has not been identified, called 911 to report what had happened. The audio is available below, and you can hear just how distraught he was after the incident. He was also making comments about being afraid of going to jail for shooting the man. Listen to the 911 audio below: He told the 911 operator that he placed his firearm on his trunk prior to police arriving. As long as he had it in his view and not somewhere that it could easily be taken by someone else, that was a good move. Being ready for police when they arrive is important, and the last thing you want them to see is a firearm in your hands. When they arrive, they usually have limited knowledge of what’s been going on.

Holly Hill police Chief Steve Aldrich said there’s no indication that anyone apart from the masked man was involved in the attack. “As soon as he exited the building, he was immediately attacked by an individual that was wearing a scary clown mask and brandishing a wooden stick,” Aldrich said. “I’m glad that he was able to defend himself and that he’s OK. It’s just unfortunate that this whole episode occurred.”

We do not expect any charges to be filed against this armed citizen, and are happy to hear that he survived this encounter. We hope that his wounds will heal quickly, and some peace will eventually come to him after this terrifying encounter.
Categories: CCW In Action, General, Guns Saving Lives, News