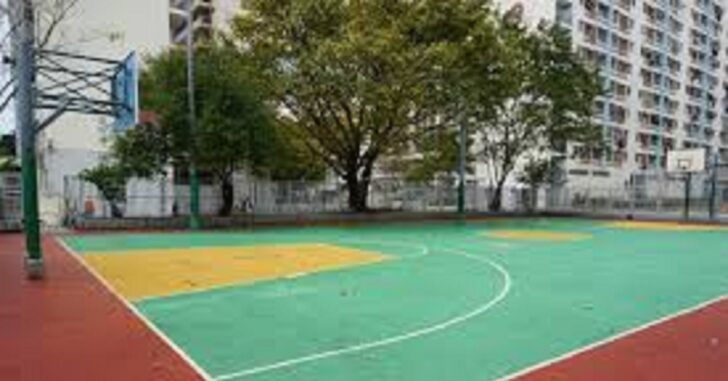 HOUSTON, TX — A security guard got more than what he bargained for when he asked a group of men who were playing basketball at the court of an apartment complex in which they did not live to leave, KTRK reports.

Instead of acquiescing, or even just ignoring him, they assaulted him.

Seriously. They attacked him over a space to play basketball.

Authorities say a security guard opened fire on a group of men who attacked him after they refused to leave the basketball court at an apartment complex in southwest Houston. This happened around 8:50 p.m. Thursday on Dunvale near Richmond.

According to police, the four men, who do not live at the complex, were repeatedly told to leave several times before for trespassing. In the incident this time, the guard went up to the group and told them to leave. Witnesses say that’s when the men beat him. The guard allegedly pulled out his gun and fired. One of the men was shot. He’s recovering in the hospital from a graze wound.

A second man in the group stayed behind to talk to officers. The other two ran away. At this time, no charges have been filed against the guard or the group.

Listen — when I was a kid I would do dumb stuff like this, hanging out in somewhere I wasn’t allowed or supposed to be. I think most of us have done that at some point or other.

But guess what? When I was finally asked to leave, I did. Because of course I did. I didn’t go on to be outraged at the fact I was asked to leave somewhere I didn’t belong and then take action.

I sure as hell didn’t try to assault a guy over a game of basketball.

What’s more — as noted in the report this is not the first time these guys were asked to leave the area — what did they expect?

No one may have been charged yet, but I have to believe these guys won’t ever play at that complex again.

Previous article: Academy Sports Fires Manager Who Stopped Gun Thief From Getting Away Next article: Poll Tells Us That "Smart" Guns Would Cost Thousands Of Lives