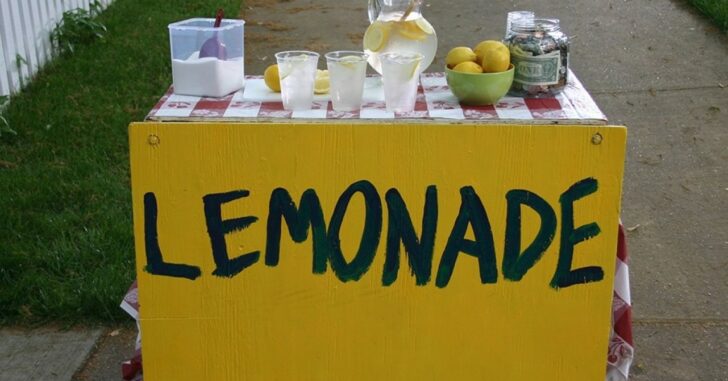 UNION COUNTY, NORTH CAROLINA — A teenager was apparently so desperate for money that he felt the need to rob a child at gunpoint while that child was trying to sell lemonade at his stand.

If the teen had the same work ethic that this child has, he wouldn’t have to be entering into the thug life.

Deputies say the boy was approached by a black male teen wearing a camouflage hat and black shirt. The teen allegedly stuck a black handgun to the boys stomach and demanded the money. The teen then fled on foot and the boy was not hurt.

The police followed a trail into the woods and found some items, including a black bb-gun that is believed to have been used in the hold-up.

It’s a sad day when children are robbing even younger children, and I can only hope that this teen sees the errors in his ways and corrects his path on life accordingly. There isn’t anything quite as shameful as stealing from a 9-year-old who is trying his first attempts at making some honest money via his own business.

This teen, who has not yet been caught, could learn a thing or two from this young businessman.