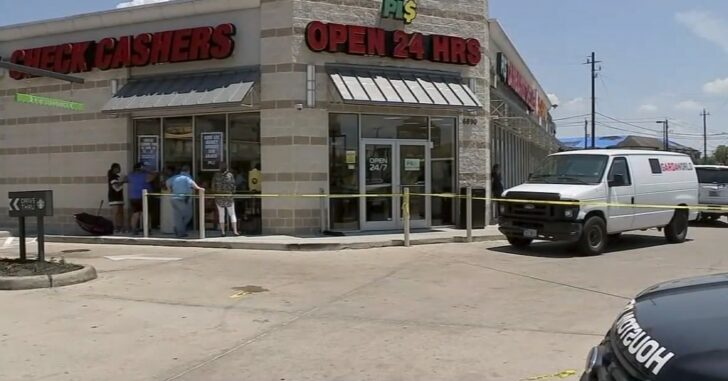 HOUSTON, TEXAS — As far as armored trucks go, we can safely assume that everyone inside the vehicle is armed. You’d be hard-pressed to find someone dumb enough to attempt to rob one.

However, it does happen, and it cost this one criminal his life.

Police said witnesses saw the suspect enter the store, blending in with other customers. When the guard walked in with a cash bag, the suspect made his move.

“There was a confrontation, if you want to call it, a fight over the money bag,” said HPD Sgt. Robert Ruiz. “A wrestling match, but the suspect did manage to get the bag away from the security guard is the information we’re collecting at this point.”

The guard pulled his gun and shot the suspect, recovering the bag. Paramedics took the wounded robber to a hospital, where he was said to have been dead on arrival.

I’m not entirely sure, but I’m pretty confident that an armed guard for an armored vehicle can not shoot at a suspect who is trying to make off with gobs of money — if they’ve already got their hands on the money and are taking off. Texas, however, has sets of rules for self-defense that much of the country does not. With that, it could be entirely possible that this security guard acted within the laws on the books in Texas.

In any event, Houston Police are investigating the incident and will take any appropriate action. We’ll try to keep an eye on it and see how things develop.

HPD Homicide and Robbery Detectives are responding to an attempted robbery and shooting incident at the 6800 block of Monroe. One male reported DOA. #HOUNews