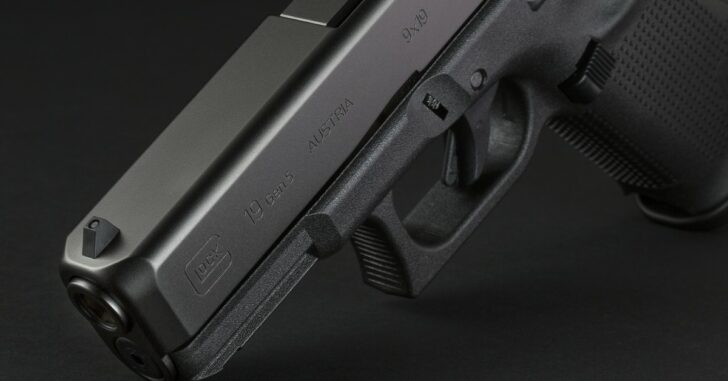 I just bought a wireless charger for my Samsung Galaxy S9+. It’s the 2018 edition.

I bought it because it offers fast charging, as well as a stand to watch videos. It’s also the latest in wireless charging from Samsung, so it’s got that going for it as well.

The phone that it charges is something that we’d only fantasize about 10 years ago, but here we are with them in the pockets of millions. Technology is ever-expanding, and who knows what phones will look like –or how they will function– in another 10 years.

Then, I started thinking about firearms and, in particular, those that are made for concealed carry. My brain threw out the question; Have concealed carry guns run their course?

It quickly became a multi-tiered question.

With technology, many gun owners will only let it go just so far.

A pistol with no electronic components is everyone’s favorite. There’s not going to be anything that could short-circuit or run out of battery life, or not read your fingerprint when you really need it to. The ‘smart gun’ movement has been met with extreme resistance from the firearms community. So without adding electronics to pistols, what else can be done to make them even better?

Of course we see pistols come out with updated models, instead of reinventing an entirely new pistol. They make little tweaks here and there, and ultimately are left with an arguably better pistol than the models before it.

But wait, what about some of the off-shoots?

Over just the last few years, we’ve seen something happen. Pistols are being produced to target the concealed carry crowd, and pocket pistols began to explode. Single stack, small body, easy to conceal. Sure there were small firearms before this, but they weren’t marketed in such a way. For that, we have social media and the internet to thank.

Many will argue, though, that the previous model was just fine, or that there isn’t a need for this-or-that new line. The truth is that in 10 years, pistols are almost certainly to look and function very similar to what we see today. Maybe it’s the truth. I don’t know. I just don’t see it being much different.

I’m not saying that the manufacturers shouldn’t come out with new models. Heck, we all like to see the newest offerings from our favorite gun makers. However as far as new implementations, whether they be safety-driven or other, what do you think we can expect?

A modern pistol is as reliable as the person holding it, meaning that it won’t go off without someone pulling that trigger. With that, it seems we have safety pretty well covered.

Now, in 2018, it seems like we’ve seen everything under the sun, and we’ve also seen some less-than-desirable designs. That linked example is of course not meant to be your first line of defense, but where is this going? Why has it gained the interest of thousands?

Is it because people are just looking for something new without taking safety into consideration?

For features, outside of adding new accessories with the latest technologies such as lights and lasers, I can’t place in my mind something else that would be beneficial moving forward.

We could talk materials, such as a new and better metal –or something completely different– as a potential candidate for something new and mind-blowing, but we have a hurtle here as well. If it can’t be detected by a metal detector, it’s never going to get into civilian hands.

There are many hurtles that firearm manufacturers face than most other companies in the world. With all of the regulation and fights against new firearms and other scary objects, it makes it difficult to make certain progressive steps forward.

Now if we look at ammunition as a contrast, there’s room to make it exponentially better in the future. The powder and casing are doing just fine, but the bullet is the key point here. It’s something that can implement new… wait. Never mind. Ammunition falls under the same category in my mind. We’ve got some great self-defense ammunition out there. Could it be made better? Probably. But we have some restrictions as far as power is concerned.

Let me stop now before this turns into a full-on rant.

But, I ask again; Have concealed carry pistols run their course? Do we already have everything we could ever need?

Previous article: Shots Fired After Man Wakes Up to Thug Standing in His Own Room Next article: Armed Citizen Shoots And Kills Aggressor Who Was Holding Handgun And Making Threats