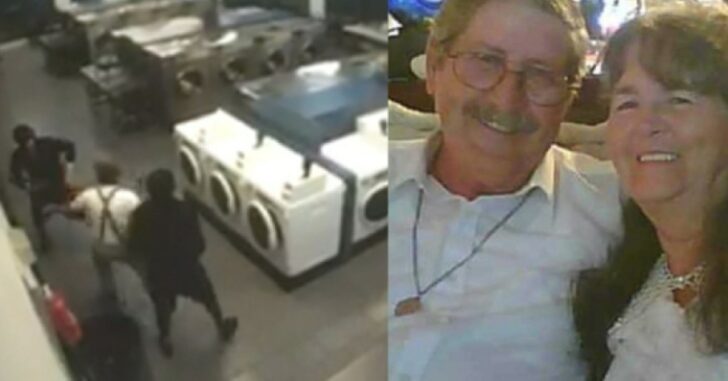 I see a lot of graphic and gory content on the internet, which sadly comes with the task of covering many self-defense stories. This story and video does not have gore or blood, but it sure is enough to get the blood of any decent human being boiling.

In the video, two teenagers can be seen calling over an elderly laundromat attendant for help with a change machine. The man is seen on video approaching them and by the looks of his body language, he’s annoyed with their presence.

Then, a third teen comes up behind the man with a rifle.

That’s when things turn from ugly to disgusting, and this elderly man does not have many options at his disposal to help him fend off these despicable kids.

Officials with the Clarksville Police Department said he had been in the hospital since three juveniles kicked and hit him repeatedly with the butt of a rifle during a robbery at a Super Suds Carwash and Laundry on Peachers Mill Road on May 30th.

“A lot of the customers really cared about Teddy – really loved him. And it’s hitting not just us really hard, but also the people that come here too,” said Joey Whitwell, who works at the laundromat.

As another warning, the video below is graphic and will be hard for some viewers to watch.

What type of world do we live in, where we have just barely teenagers engaging in this kind of behavior?

If they can’t figure out right from wrong, then that’s exactly why we need armed citizens in our communities.

All three teens have been charged with murder and are being tried as adults.

For your loved ones who don’t own or carry firearms, have a discussion about doing so one day. It could save their life.

Previous article: #DIGTHERIG - Charles and his Beretta APX in a 1791 Gunleather Holster Next article: Teen Out On Bond For Armed Robbery Shoots And Kills Friend During 'Game'