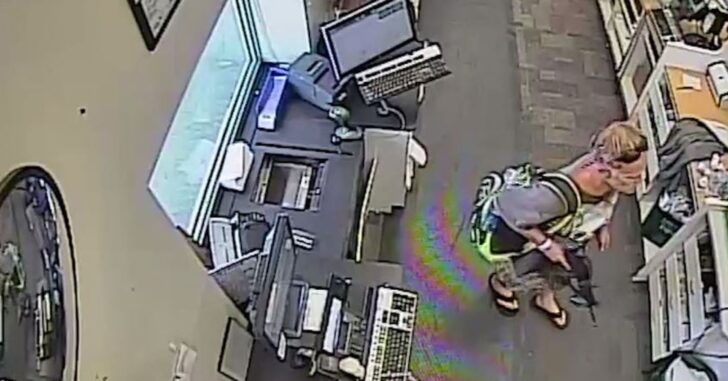 DAYTONA BEACH, FLORIDA — A man who just left the hospital had made his way to a pharmacy with a rifle, immediately jumping the counter and demanding drugs.

How he got his hands on the rifle so quickly is unknown, but here’s how things went down;

Police say 41-year-old Louis Curler entered a Walgreens in Daytona Beach, FL, Tuesday afternoon while at least 10 people were inside. Carrying a loaded semi-automatic rifle, Curler allegedly jumped over the pharmacy counter, demanding narcotics and a syringe and holding two of the three staffers in the pharmacy at gunpoint.

People in the store called 911 to report the incident. The man started injecting himself with drugs, and this is what police saw when they arrived still holding the rifle, he refused commands to drop it. Police shot the man in the rear end and successfully took him in.

The video can be seen here.

The man told police he was sorry for what he had done, and has an apparent history of mental health issues.

Shooting to stop the threat is just what these officers did, and they did not take his life. Hopefully this man can get the help he needs.