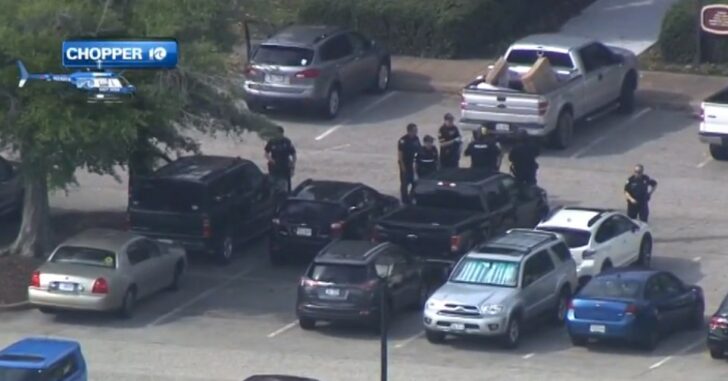 VIRGINIA BEACH, VIRGINIA — A lone gunman walked into a municipal building in Virginia Beach, of which he is said to have been a long-time employee, and opened fire on co-workers.

The shooter was a current longtime public utility worker, Cervera said. The names of the gunman and the victims were not released. Police did not describe a possible motive for the attack.

ACTIVE SHOOTER SITUATION-municipal center, building 2. Multiple injuries. At this time it is believed that only 1 shooter, and they have been taken into custody. More to follow

The suspect is said to have entered building 2, which houses planning, public works, and public utilities, among other departments. Once inside, reports say that he fired at multiple employees on multiple levels of the building.

WAVY’s Andy Fox reports that multiple city sources say the suspect, who is now deceased, is a disgruntled former city employee who was fired on Thursday, and multiple people are feared to be dead following the shooting. The latest died at Sentara Norfolk General Hospital, Andy Fox reports. However official number of causalities has not been confirmed at this time, and the situation remains active.

Security told everyone to get under their desks to hide.

The incident came to an end after police engaged the gunman, ultimately killing him.

One officer was shot during the battle, but his bulletproof vest saved his life.

At least 11 people are dead, with 6 others injured.

A second press conference is scheduled for 9:30 pm EST tonight.