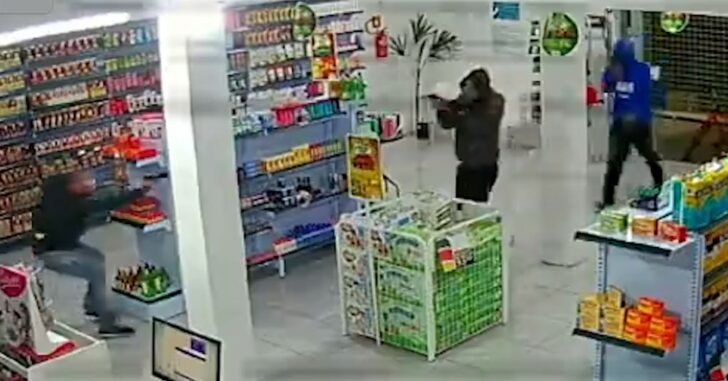 If you want to know what staying in the fight looks like, this off-duty police officer is the one to watch on this surveillance video.

Quickly, two men come into a store and announce a robbery. Off to the left, there is an off-duty police officer who jumps into action with extreme speed. He’s able to engage the suspects, but he takes a few bullets himself and is seen bleeding pretty heavily.

As John mentions in the video, it’s the first time he’s ever seen a Battlefield Pickup, and that’s across his entire channel. What that basically means is that the good guy grabbed the bad guy’s gun as it lay on the ground, gaining control over it during the fight.

There is much more to learn from this scenario, and it’s packed with action and lessons that we can all use.