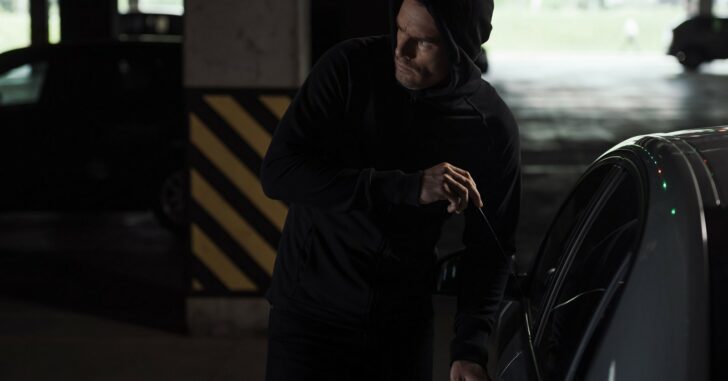 CRESTLINE, CA — A man shot and killed one of three assailants that began harassing him while he was walking to his car July 11, Mountain news reports.

The 27-year-old victim was walking to his car when he was approached by three men, according to the report. They were threatening and the soon-to-be victim felt intimidated, so he picked up the pace toward his vehicle.

Before he could get there, however, 29-year-old Sammy Lee Davis assaulted him, punching him right beside his car.

Sheriff’s Homicide Detectives responded at 24089 Lake Gregory Drive to conduct the investigation. They learned that the decedent, Sammy Lee Davis, and two other men had approached the victim, who recognized one of the men as an associate of a suspect who assaulted the victim in January 2019, an assault that left him hospitalized.

As the three men approached on July 11, the victim felt threatened by them and their verbal taunts. He made his way toward his car.

Davis apparently grabbed the victim’s shirt and punched him multiple times, the press release said. Nonetheless, the victim was able to retrieve his firearm from a compartment in the car. He fired the gun and the assault ended around 9:15 p.m. as Davis fell to the ground.

An off-duty nurse was administering medical aid to Davis when deputies arrived, according to the sheriff’s report. The nurse informed deputies of the gunshot wound to the lateral left chest, about one inch above the pectoral muscle. At that time, 9:22 p.m., a reporting party told a 911 dispatcher that Davis was awake and in pain.

Soon thereafter, an ambulance transported Davis to St. Bernadine’s Hospital. He was pronounced deceased at 10:12 p.m.

As you might imagine, that curbed any involvement by the other two men, as well.

It’s an awesome thing to see an individual in the most anti-gun state in the continental U.S. get the chance to defend his life by exercising his God-given right to keep and bear arms.

If he hadn’t been armed, he could easily be dead today. Stay safe out there, folks.

Previous article: Drunk Man At Party Is Shot And Killed After Attacking Multiple People With Knife Next article: Man Forced To Shoot Brother In Self Defense, Who Dies At The Scene