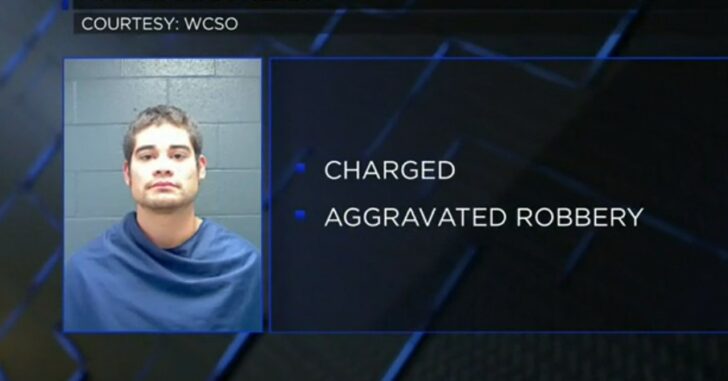 WICHITA FALLS, TEXAS — If there’s one thing we know about Texas, it’s that it has a lot of armed citizens. One of those armed citizens was at the right place at the right time when a robber, armed with a knife, was trying to break away after stealing money from a disabled volunteer.

Here’s how it went down, and how suspect Angel Christopher Solorzano finally got caught;

Upon arrival at the scene the WFPD spoke with the victim who claimed she was inside the store collecting money for the Children’s Miracle Network when she was approached by Solorzano who asked the victim for information about where he might be able to purchase a bus ticket to Fort Worth. While the victim was answering to Solorzano he reached down and grabbed the donation bucket from the lap of the victim, who was in a wheelchair and does not have full use of her arms, and then attempted to flee the scene.

A witness on the scene chased Solorzano around the store and onto the nearby access road where they confronted Solorzano and told him return the money to the victim at which time Solorzano threw a backpack at the witness and hit them in the face with his fist. Solorzano then reveled a knife and told the witness to, “back up.”

He continued down the street, trying to grasp at freedom. It wasn’t going to happen, as he was confronted by an additional two people, one of which had a firearm.

That armed citizen drew his firearm and held Solorzano at gunpoint until police arrived.

If you see something going down, it’s up to you to make the decision as to whether or not you’re going to involve yourself. In this case, everything turned out alright in favor of the good guys.

Whenever a firearm is drawn, careful consideration needs to be made prior to that decision.

Would you have done the same in this instance?