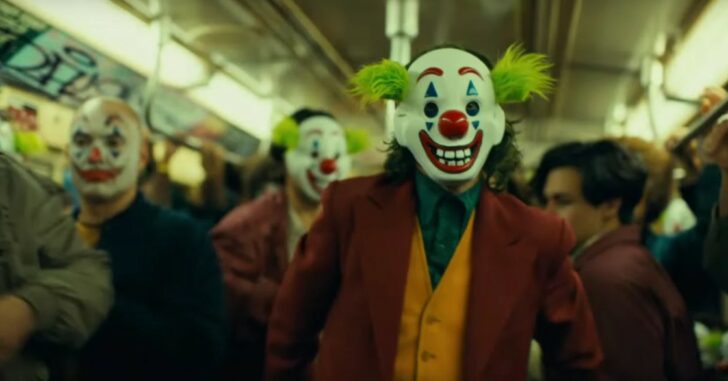 The U.S. Military sent out a message to service members ahead of the October 4th release of the new ‘Joker’ movie, citing concerns over chatter in the ‘dark web’ that hints at possible mass shootings during the movie’s release.

The U.S. Army confirmed on Tuesday that the warning was widely distributed after social media posts related to extremists classified as “incels,” were uncovered by intelligence officials at the Federal Bureau of Investigation.

Most famously was the incident in 2012 where a man walked into a crowded Aurora, Colorado movie theater during a showing of a new Batman movie, opening fire on those inside. He killed 12 people and injured another 58.

A sort of cult following surrounds the suspect, who is still alive and behind bars for the remainder of his life.

The bulletin informs service members of what to do in the event of a mass shooting incident;

“Run if you can,” the safety notice said. “If you’re stuck, hide (also known as ‘sheltering in place’), and stay quiet. If a shooter finds you, fight with whatever you can.”

Whether any credible threats surface or not, it’s always important to have a plan when you’ve out and about. A movie theater setting is one that presents multiple challenges, as it’s dark, congested, and generally has only two exits.

Anytime you walk into a location, be it a restaurant or movie theater, you should be looking around to see what your options would be, in the event that you need to get out quickly. Your choice of seat location is also critical, and a good position based on the specific movie theater can give you a clear way out, or other advantages, during any incident.