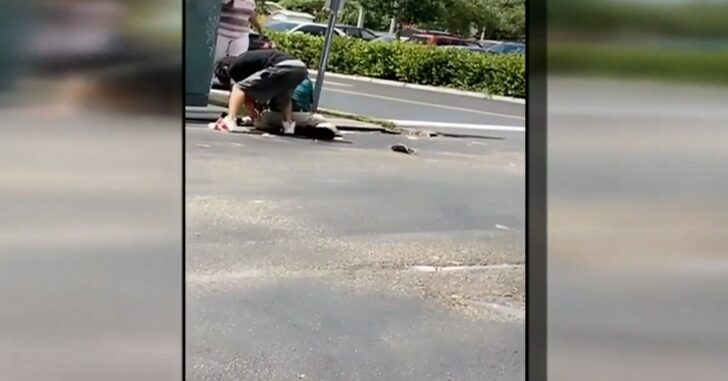 MIAMI, FLORIDA — A woman who witnessed a person being attacked on the street had made the decision to intervene, walking up to the assault with firearm in hand.

She fired at least one shot, as heard on video, but only towards the bad guy. It doesn’t seem her intentions were to shoot him, but rather scare him away so that he would stop the attack.

That’s a warning shot, and it’s not a recommended avenue.

Why? Because after she used the firearm to stop the attack, police took it from her as part of their evidence. And if you think this isn’t standard, think again.

That’s why we’ve always held the same stance; Have more than one firearm that you carry. This holds true for home defense firearms as well.

Take this scenario as an example; you experience a home invasion where you shoot at (or actually shoot) the bad guy. The police come, take your statement and your firearm for evidence. A few days later, that bad guy’s buddies are now out for revenge and come pay you a visit. Do you have another firearm to defend yourself?

It’s happened before, and even if it hasn’t, you’d likely want to be prepared in any case.

Previous article: Irresponsible Gun Owner Saves The Day After Pistol-Whipping Man Who Was Ramming Vehicles Next article: Man Tries To Rob Disabled Volunteer, Is Then Held At Gunpoint By Concealed Carrier