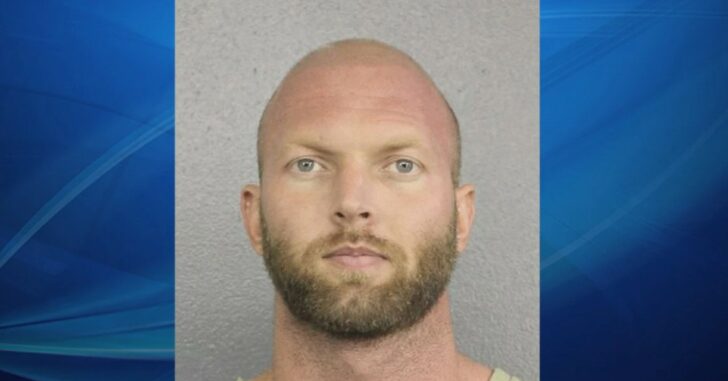 FORT LAUDERDALE, FLORIDA — A man, who was in bed with his girlfriend, heard a noise outside their bedroom window. He went to investigate, and here’s the outcome;

Victor Vickery was charged Thursday with the July 2018 death of 57-year-old Asaad Akar.

The two engaged in a pretty brutal fight, which left the man with severe enough injuries to kill him.

The South Florida Sun Sentinel reports that the 30-year-old Vickery and his girlfriend were in bed when they heard a sound, which had happened before. Vickery went outside and found Akar, who had a criminal record for prowling.

The two began fighting while the girlfriend called 911. Vickery told Fort Lauderdale police Akar attacked him and that he punched and kicked Akar a few times. Akar died at the hospital later that night.

Now, Vickery is in jail on $100,000 bail and is being charged with manslaughter. News reports also mention that, about one month after this incident, Vickery was charged with sexual battery, although no other pieces of information regarding that story were available.

Fists and feet can of course be deadly, but did Vickery go too far in this situation? If Vickery had had a firearm, and Akar did in fact attack him, he would be justified in using that firearm.

It’s an interesting discussion to have, and I can only wonder what information is being left out that we aren’t aware of. What does Vickery’s background look like? What are the details of the incident? And what are the details surrounding the other, later charge of sexual battery?

With all of the pieces together, does it seem that Vickery is in jail for lawfully defending himself? Chime in.