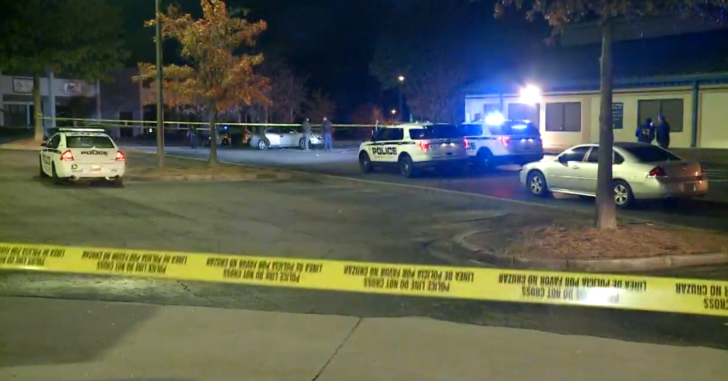 UPDATE: Police have found and arrested the person responsible for the shooting. According to the latest report, the two originally met up to sell / purchase a used cell phone, when the larger group tried to rob the shooter.

Police have determined the shooter DID NOT shoot in self defense as the level of threat was not high enough. The shooter has been charged on two counts of murder because the other shooting victim died of his wounds in the hospital.

The five men in the Nissan met up with Paulino because someone was interested in buying a cellphone. Authorities have not specified who the seller and buyer were, but said “the initial transaction turned into a robbery.”

That is when, according to police, Paulino retrieved his firearm and opened fire on the car.

Evidence suggests the shooting was not the result of self-defense as investigators originally thought.

“Enmanuel’s threat did not rise to the level of deadly force,” Pihera said.

GWINNETT COUNTY, GEORGIA — We’ve all heard the saying “Play stupid games, win stupid prizes.” In this context, these robbers just hit the jackpot. Not only did two of the five robbers get shot, with one dying from their wounds, but the other four are now facing murder charges. It is unfortunate they didn’t consider these consequences before trying their hand at crime.

Police say a group of five men attempted to rob an unknown subject in the parking lot of 950 Indian Trail Road at around 10:30 p.m. on Tuesday. The person they were attempting to rob shot into the car, which fled the scene.

The three occupants of the car who were not shot have been charged with felony murder and criminal attempt at robbery. All three were arrested and are in custody at the Gwinnett County Detention Center.

Detectives are still trying to identify the person(s) who fired the shots.

Initially the five robbers told police they were victims of a road rage incident, which led to a crazed driver to shoot at them, killing one of their friends and injuring another. After further investigation, it was revealed that they in fact had robbed someone in the parking lot, and moments later they were shot by this person after they had gotten back into their car.

Furthermore, because someone was killed during the act of the crime, all those involved with the crime are now subject to murder charges. As if this story wasn’t tragic enough, the ages of these robbers are from 16-20 years old. These young men just threw their lives away for what couldn’t have amounted to more than a few bucks from the robbery.