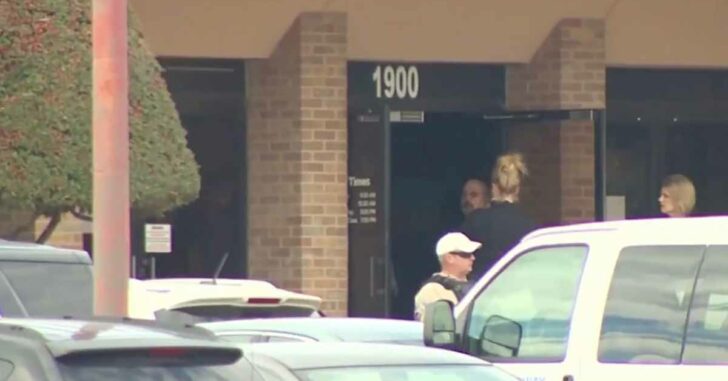 TARRANT COUNTY, TEXAS — Law enforcement confirms that the second person shot at a church in Texas, who was originally taken to the hospital in critical condition, has died.

FBI spokesman Jason Wandel said the two congregants who opened fire on the suspect were part of a security team at the church. MedStar Mobile Healthcare confirmed two fatalities — one at the scene and another on the way to the hospital. Hours later, Wandel confirmed the death of the second person.

The shooting happened around 10 a.m. local time, and video of the incident quickly spread on social media.

In that video, the suspect is clearly seen pulling out a shotgun and firing 2-3 shots before collapsing to the ground.

The collapse of the gunman came after police say two armed citizens, both members of the church security team, drew their firearms and pull their triggers.

At least 5 members of the congregation were armed and had their firearms out immediately after the shooting began.

There is no word on a motive to the attack, or to the identity of the suspect.

As this story develops, we will cover the additional details as they become available.

Previous article: At Least 5 Armed Churchgoers Are Seen On Video Following Shooting, One Victim Possibly Armed As Well Next article: Jack Wilson, The Hero Who Stopped The Gunman In The Texas Church Shooting, Speaks Out