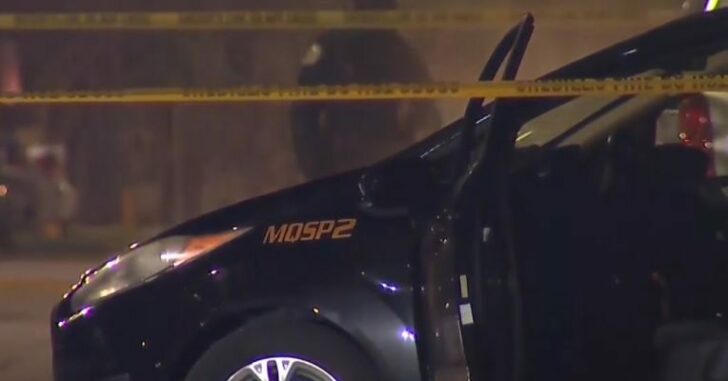 ORLANDO, FLORIDA — A uniformed on duty security guard found himself outnumbered in a deadly situation. Three men approached his marked vehicle. After confronting the security guard, one of the men pulled his gun on the guard. That is when the guard drew his own weapon and fired.

According to the Orlando Police Department, a security guard was sitting in uniform in his marked car on Tuesday morning when he was approached by three suspects. One suspect reportedly stated to talk to him in another language and while doing so, brandished a firearm.

They said that the suspect then pulled his firearm, so the security guard did as well. The guard shot one of the suspects and the remaining two fled the area. The suspect shot was transported to the hospital, where he died, police said.

Details on this story are still developing and right now are scarce. We do know that the security guard was on duty and clearly identified as such being he was in uniform and sitting in marked security car.

Three young men approach his vehicle. One is yelling in a foreign language, and has a gun brandished. It must have been obvious at this point that something very bad could be happening. The developing situation most certainly heightened the security guards awareness.

One of the three men drew a firearm and pointed it at the security guard. Acting quickly, the security guard drew his own gun and fired at the armed suspect. The shot struck the suspect, and the two other men fled from the scene.

The suspect later died from his wounds.

It’s tough to find fault with anything in regards to the security guards action. He wasn’t trigger happy or aggressive despite being outnumbered.

We can’t pretend to know what these bad guys were thinking, but attempting to swarm and harm an armed security guard is the bad move here in this story. Of course, criminals don’t normally make good decisions to begin with. However, they had to have known the guard would not be an easy target.

Big kudos to the guard for acting quickly under pressure. He spotted a weapon as the men approached, and became very prepared for something dangerous happening. When the gun was drawn on him, he would have had no idea if the others were armed as well.

Instead of waiting to find out if the other men were armed, the guard directed his attention on the man who pulled a gun on him. The guard quickly drew his firearm and ended the primary threat immediately.

Fortunately, the other threats fled the scene and the guard was safe. The police were called to the scene where the guard was fully cooperative. There are currently no charges being pressed against the security guard. The shooting is considered an act of self defense.