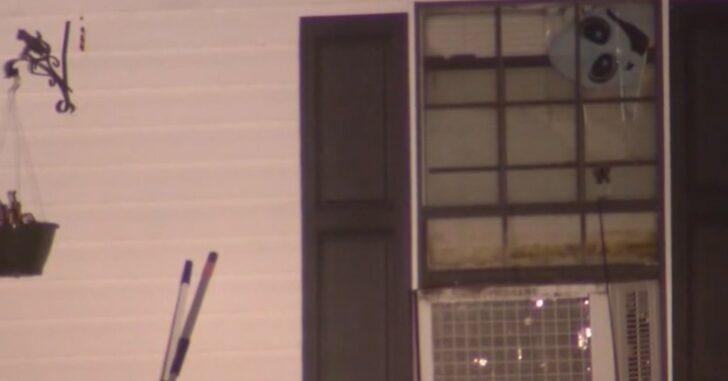 CHUNCHULA, ALABAMA — It was a case of a 9mm handgun versus an AK-47. A man in Alabama assaulted and bloodied his girlfriend with an AK. Fearing for her life, she retrieved her own gun and put an end to the threat.

MCSO says a man was shot and killed on Clebourne Court in Chunchula Monday after a woman claims he attacked her with a rifle.

Deputies found Johanna Harbison outside the home bleeding from her head where her boyfriend, David Bailey had assaulted her with an AK-47 rifle.

According to the press release, Harbison told deputies that Bailey hit her in the face during a altercation inside the home.  Harbison armed herself with a 9mm handgun and shot BAILEY in the chest.  He was pronounced dead on the scene.

Johanna and David seem to be a couple that both enjoy firearms, which is a great thing. David, however doesn’t seem like he is a model responsible gun owner. It appears the two of them got into an argument inside the house. As the argument continued, David made the decision to get violent.

David grabbed an AK-47 from inside the house, and used it to beat on Johanna. After smashing her in the face with the AK, Johanna feared for her life. Not only could David bludgeon her to death with the gun, but the threat of him using it to shoot her was present as well.

Johanna managed to get her 9mm handgun, and in self defense, shot David before he could do more harm. She hit him center mass in the chest. He died on the scene.

Irresponsible gun owner alert on David here. We don’t know what kind of history David has in terms of crimes. We can’t say if he has done this kind of thing before. What we can say, however, is that David is the kind of person that gives gun owners a bad reputation.

Fortunately, David did not use the shooting function of the AK in this story. Instead he wielded it like a bludgeoning weapon, and a tool for intimidation. Something you should never do with a gun.

Johanna was put in a tough and dangerous spot. However, not only did she own a firearm, but she wasn’t afraid to use it when it was necessary. We’ve said time and time again, it’s not easy squeezing the trigger against another human. Johanna, however, realized her life was in danger and took no chances.

Johanna, with her bloodied head, could have accepted her defeat. An unruly violent man with an AK in his hands would be enough to scare a lot of people into submission. But Johanna seized the moment and turned the tables. By retrieving her 9mm and firing, she saved her life.

The investigation of this case will go to a Grand Jury, however, at the moment Johanna is not being charged.