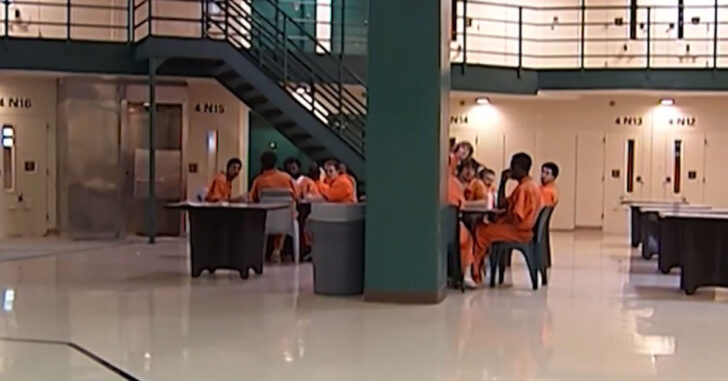 GREECE, NEW YORK — When jails and prisons start releasing prisoners because of a virus spread, you know we have problems on multiple levels. Getting some serious heat is the Monroe County Jail, who for some reason, released a handful of sex offenders among a group of over 50.

Just to clarify, 3 of these sex offenders are Level 3, which are those who are deemed most likely to re-offend. All 3 of these released offenders were also found guilty of raping minors. Make no mistake, these are violent felons.

And they put them up in a hotel, all together. The hotel above, to be exact. The one with a school right behind it.

The Monroe County Sheriffs office said that more than 50 prisoners had been released from the Monroe County Jail Friday night through Saturday morning. Nine of those inmates are now staying at the Holiday Inn Express in Greece.

At least the police and/or jail are keeping an eye on them. Right?

Chief @PatrickPhelan8 told me, the inmates are not currently under the direct supervision of parole and that the hotel staff was asked to immediately notify @NYSDOCCS if any of the inmates left the property.

Oh, it’s up to hotel staff to inform the jail. Alright.

They also didn’t inform local police about their new resident placements, which didn’t sit too well with one local Chief of Police.

Patrick Phelan, the Greece Chief of Police, had a few words to say about the matter.

“So you have a violent criminal who’s done time in state prison who’s been given the chance of parole, and not followed the conditions of their parole. That’s who you’re talking about right now,” Phelan said. “We weren’t told by anyone. I think good practice would be if your going to release convicted felons. Some of them very violent some of those level 3 sex offenders, You might want to give law enforcement the heads up.”

When asked about the move, and the concerns raised by Phelan, the Department had the following statement:

“This significant action is being taken in response to a growing number of COVID-19 cases in local jails over the past few days and weeks. Our top priority remains the public health and safety of New Yorkers during this global public health emergency and this measure will further protect a vulnerable population from contracting and transmitting this infectious disease.”

See that? “Our top priority remains the public health and safety of New Yorkers…” I assume they aren’t talking about law-abiding citizens. How could they be?

You’re backwards again, and if another minor becomes a sexual abuse victim because of this monstrosity, what then?

Previous article: When In Contact With Police, Should You Tell Them That You're Carrying A Firearm? Next article: Phoenix Homeowner Ruins Burglar's Plans By Means Of Gunshot Wound