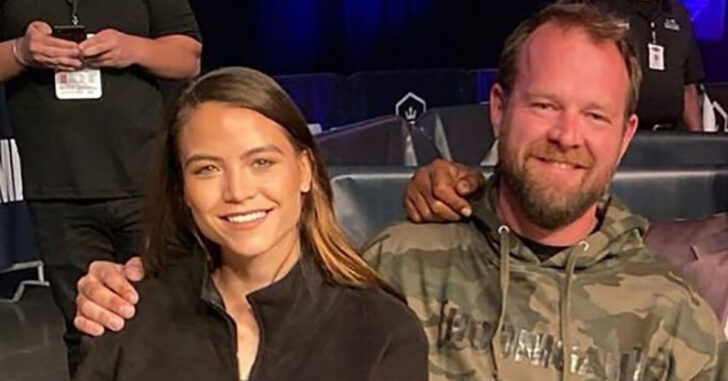 LAS VEGAS, NEVADA — On April 22nd 2020, just before 2 am local time, two people were sitting in a vehicle at an In-N-Out Burger parking lot for a late-night dinner.

Tori alerted BJ to possible danger by whispering to him, and it’s at that time that BJ noticed two men approaching their vehicle. One displayed a gun and pointed it at Tori as he moved more quickly towards their vehicle.

In an interview, seen below, BJ describes the moments leading up to what would be a deadly self-defense shooting to save his and Tori’s lives.

Upon sensing the danger, Baldwin said he pulled his licensed concealed firearm and the shooting broke out. The gunman fired two shots at his girlfriend and six shots at Baldwin, he said.

“I knew there was a high probability that he would miss because I was returning fire and getting hits on him,” Baldwin said. “I wish I wasn’t at the wrong place at the wrong time, but I’m glad it was me instead of a less-skilled defensive pistol practitioner.”

Watch the interview with the NRA below:

The suspect was shot a total of 10 times and did not survive. The person with him, his brother, fled the scene once the shots starting going off.

After the Clark County DA declared the shooting a clear case of self-defense, BJ spoke freely about the incident, including a post on his Instagram in which he gives his attacker respect, even under such circumstances.

What good is an unfair advantage if you picked an unfair fight? . You may have showed me your worst qualities, your darker moments, but I know better. There are good qualities in everyone and I have clearly seen them in you. You had passion, you had love, you were loyal, and you were a good Father. Despite your actions towards me, I will not ignore these good qualities in you. You did the best you could in life, you did what you thought you needed to do. For that you have my respect.🙏🏻 . If I can find the good in someone that tried to kill me and kill someone I love, then you can find the good in someone too. Spread kindness. Spread love. Care for each other. Tell someone you love them. Tell them today. Tomorrow is not guaranteed. . To whom it may concern, I am deeply sorry for your loss. Whether it be months or years, take your time, and when you are ready, if it helps you heal, I will be here. Thank you for reading. Praying for you. . Rest In Peace Joey. 🙏🏻

BJ is an avid shooter and practices at the range on a regular basis. All 10 of his shots made their target, with the first shot being done less than a second after drawing. This training and commitment is what ultimately led to BJ and Tori’s chances of survival, as the suspect seemed to have been bent on causing harm.

A few years back, I remember following Tori’s journey to getting her concealed carry permit once she was of age to do so. I haven’t been able to find any information as to whether or not she was also carrying a firearm that night, but one thing is for sure; the people who chose them as targets definitely picked the wrong people.

Never stop learning, never stop training, and always be prepared for the unexpected.

Previous article: When You Think You've Seen It All: Teen Tries Robbing Store With His Feet Next article: Dad's Gun: A Story Of A Gun Passed Down, Stolen, Recovered And Revived