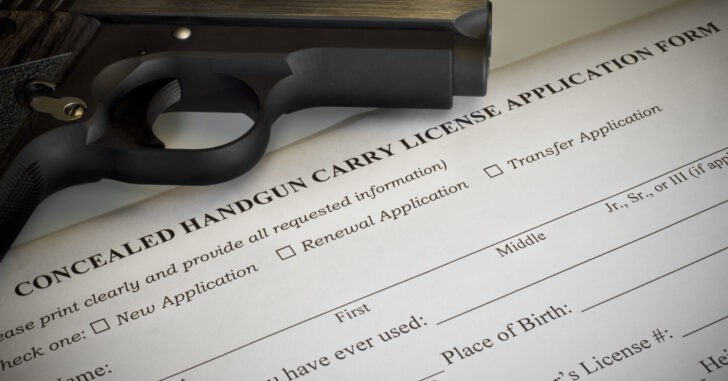 BELLEVUE, WA – The Second Amendment Foundation today said that if state agencies and officials around the country that are responsible for issuing concealed carry licenses or permits are not taking new applications because of the COVID-19 outbreak, they should not arrest people for carrying without a license/permit.

“We’ve received reports that some agencies are using the coronavirus outbreak as an excuse for suspending the concealed carry application process,” said SAF founder and Executive Vice President Alan M. Gottlieb. “The constitution wasn’t put on hold because of the coronavirus.”

SAF has been involved in several legal actions across the country stemming from the coronavirus pandemic. Two of those cases, which have been favorably resolved, involved gun permit applications.

“The right to bear arms,” Gottlieb observed, “translates to the right to carry, and like other rights protected by the Constitution, that right is not limited to the confines of one’s home. Ever since the SAF victory in McDonald v. City of Chicago ten years ago, the Second Amendment has been incorporated to the states via the 14th Amendment. A lot of people apparently have forgotten that, but we haven’t. You cannot suspend a constitutionally guaranteed fundamental right, especially in times of emergency.

“The past few months have seen a significant increase in the number of new gun owners,” he noted. “Many, if not most, of those new owners bought firearms for personal protection, and not just in the home. Where state law requires a license or permit to carry concealed in public, issuing agencies cannot be allowed to arbitrarily stop that process, using the coronavirus outbreak as the reason.

“If a sheriff’s or police department is not accepting carry license applications,” Gottlieb said, “they should not arrest someone for carrying without a license.”

The Second Amendment Foundation (www.saf.org) is the nation’s oldest and largest tax-exempt education, research, publishing and legal action group focusing on the Constitutional right and heritage to privately own and possess firearms. Founded in 1974, The Foundation has grown to more than 650,000 members and supporters and conducts many programs designed to better inform the public about the consequences of gun control.

Previous article: Unarmed Village Police Saved By Armed Resident From Potential Mass Shooting Next article: Changing Your Carry Gun When Summer Approaches. Here's What I Do And Why.