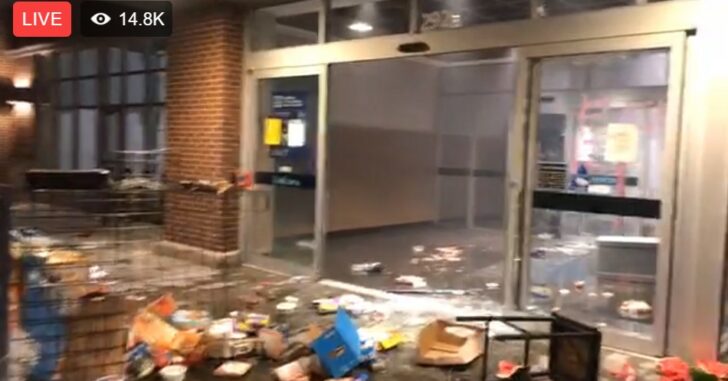 A new, active Live Stream can be found below:

A live stream, likely one of many, is being broadcast out of Minneapolis as people protest the death of 46-year-old George Floyd.

After watching the video for just a few minutes, multiple fires are seen, and shop windows broken as many walk around the city.

The stream above ended shortly after publishing this article. We are actively looking for a new, live stream.

However justified or unjustified a situation like this may be, it’s more reason to think about our personal safety, and what plans we have in place should riot conditions happen in our area.

People started protesting after Floyd was arrested and ultimately died while in police custody. A video of Floyd on the ground went viral, showing an officer detaining him with his leg pressed against Floyd’s neck. Floyd can be heard telling the officer multiple times that he couldn’t breath, and bystanders were uttering the same concerns to officers.

Demand has been growing for the arrest of the officers involved.

This is breaking news. Check this space for updates.

Previous article: Dad's Gun: A Story Of A Gun Passed Down, Stolen, Recovered And Revived Next article: 70-Year-Old Fatally Shoots Home Intruder Who Was Attacking His Wife