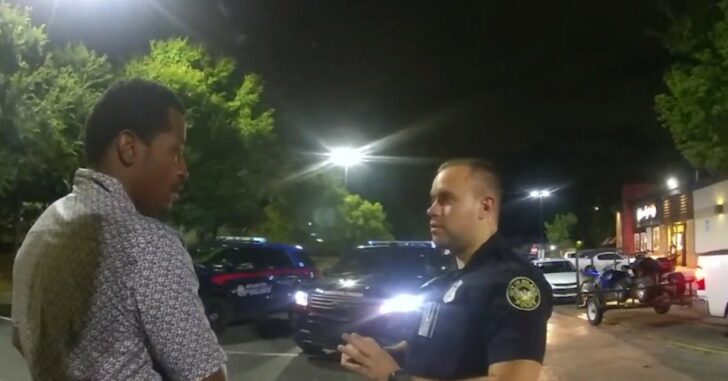 Atlanta Police have released multiple videos from the incident described below, including badge cam video and dashcam video. The videos show a very calm situation for the majority of the interaction, but things turn quickly once officers try to place him in handcuffs.

We will have more on this incident in the coming days.

The original article is below:

ATLANTA, GEORGIA — A man is dead after police say he was found intoxicated in a fast food drive-thru, and fought with police after eventually gaining access to one of the officer’s tasers.

The incident was captured on cell phone video from a witness, and shows the struggle, taser steal and the immediate aftermath.

Atlanta Police said officers responded to a call of what appeared to be a man, identified as Rayshard Brooks, who had fallen asleep while in the drive-thru lane of the University Ave. Wendy’s, causing other customers to drive around the immobile vehicle.

Officers administered a field sobriety test, which Brooks reportedly failed. When they attempted to make an arrest, a struggle ensued as Brooks resisted.

The GBI said video from the Wendy’s, along with witness statements, said during the struggle, Brooks was able to wrestle a taser away from one of the officers. GBI said Brooks ran the length of approximately 5-7 parking spaces before allegedly turning around at the officers with the Taser raised.

It’s at this point that one of the officers drew his firearm and shot, striking Brooks. He was taken to the hospital, but died following surgery.

The video below may be sensitive for some viewers. Discretion is advised.

Because the officers are white and Brooks is black, protests broke out in Atlanta almost immediately following the shooting. This incident comes after protests and riots ripped through the Country after George Floyd was killed by police in Minneapolis.

We don’t know what happened prior to this video, but will be following this story to see how it develops once new information becomes available.

Previous article: 11-Year-Old Gets Visit From Police After Air Guns Spotted On Video During Virtual Class Next article: Man Walking Down Highway Pointing Gun At Vehicles Is Shot And Killed By Concealed Carrier