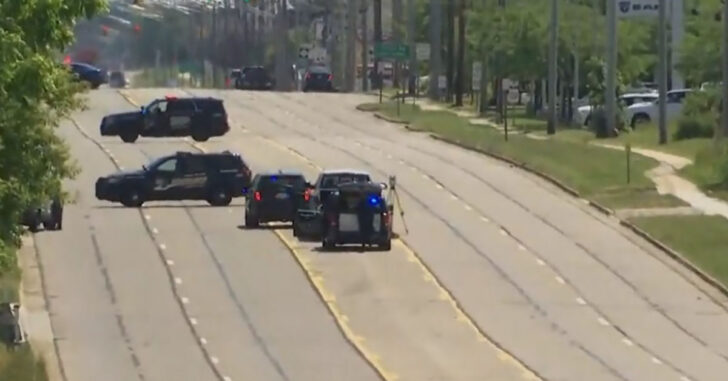 EATON COUNTY, MICHIGAN — Police received multiple calls of a man walking down the middle of a highway, pointing a gun at drivers and possibly firing into the air.

The incident happened just after 8 am local time on Monday, but by the time police arrived, an armed citizen had made the decision to take action.

Investigators say a 22-year-old Delta Township man was driving east and stopped near Brookside Drive when the gunman stepped in front of his vehicle. The gunman pointed his handgun at the driver, who stepped out of his vehicle, pulled his own handgun, which he is licensed to carry and shot the gunman.

The man who was shot, said to be a 26-year-old from suburban Grand Rapids, was pronounced dead at the scene.

It’s a rare occurrence to come upon a person with a gun in such a fashion, and while we have no idea what this 26-year-old man was truly up to with his intentions, I can’t blame the concealed carrier for intervening in the slightest. If he were in fact pointing a gun at vehicles, that’s a deadly threat that can be met with deadly force.

Hopefully more information comes out about this story, and we’ll keep an eye on it.

Previous article: [UPDATED: VIDEO] Intoxicated Man Is Shot And Killed By Police In Atlanta After He Successfully Gained Access To One Of Their Tasers Next article: Mob Attacks Police Station After Hearing Officer Shot Teen, But It Was The Other Way Around