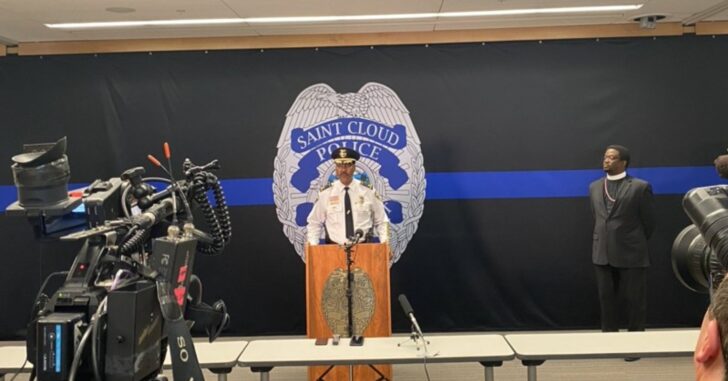 ST CLOUD, MINNESOTA — It’d be a little funny if it weren’t so sad. Social media is a strong force, but a force that is also filled with its share of rumors. Some rumors are harmless, but this one could have been deadly.

A St. Cloud, Minnesota, police officer was shot in the hand early Monday while struggling to arrest an armed 18-year-old suspect.

The officer never returned fire and eventually took the man into custody, but rumors on social media twisted the story and implicated the officer, sparking an angry crowd that marched toward police headquarters, vandalizing businesses and threatening police on the way.

The police chief called the incident reckless and dangerous, and stated that social media is the demon.

Another person was arrested during the incident, as well as 4 people involves in the mob.

[The Police Chief] noted the wounding of the officer could have warranted deadly force, but he credited training and a strong relationship with community for the situation ending without anyone killed. Another officer on the scene at the time of the scuffle also never opened fire.

One thin to keep in mind is that, with the tensions across the country between police departments and the black community, some police will use hesitation in the use of deadly force. Even if it’s justified.

That puts their lives in danger and isn’t going to help anyone. Where’s the cry for their own safety?

Both the teen and officer were taken to then hospital for injuries.

The teen will likely be out of jail in the near future, because that’s how our system works. Hopefully, he’ll turn his life around. It’s all we can say.