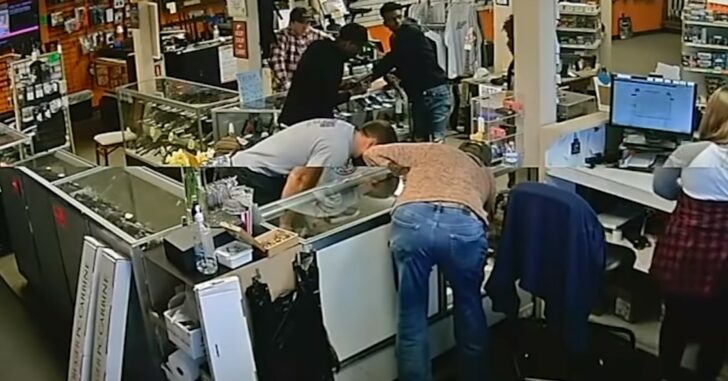 I won’t start out by asking why, because criminals do have successful robberies at gun shops. In this particular case, the bad guys were hoping that their speed would be enough to grab and go, but you’ll see that wasn’t the case.

This is a Guns Saving Lives story, because the guns that were stolen weren’t stolen for long, and additional guns were found that were illegally possessed. Translation: It’s safe to say that future lives were saved.

Give this one a watch below. It’s pretty intense with the direction it takes in the end, and offers up many lessons for the armed citizen.