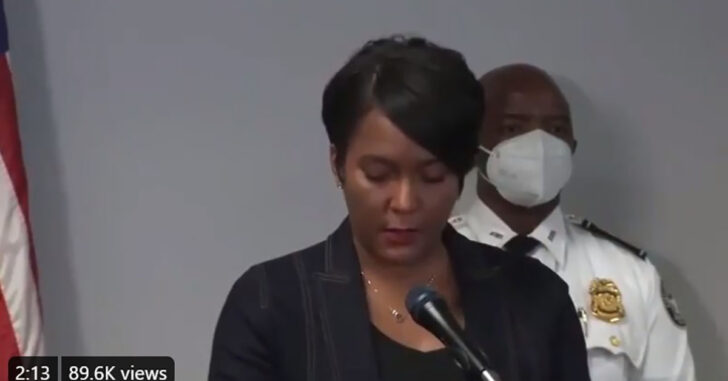 ATLANTA, GEORGIA — Like many other large cities in America, crime has spiked over the past few weeks with officers walking off the job, restrictions put into place on departments, and funding cuts.

The effects are being seen, and the body count is increasing.

Georgia Gov. Brian Kemp declared a state of emergency Monday following an uptick in shootings over the July Fourth weekend that injured 31 people and killed five after weeks of violent crime and property destruction in Atlanta.

“Peaceful protests were hijacked by criminals with a dangerous, destructive agenda. Now, innocent Georgians are being targeted, shot, and left for dead,” Kemp said. “This lawlessness must be stopped and order restored in our capital city. I have declared a State of Emergency and called up the Georgia Guard because the safety of our citizens comes first.”

Among the recent murders was 8-year-old Secoriea Turner, who was riding in a car with two other people when they were near the Wendy’s where Rayshard Brooks was shot and killed by police last month. That incident prompted the protests and riots in Atlanta, but now, who will stand up for Secoriea Turner?

The Mayor of Atlanta, for one.

“Secoriea Turner was shot and killed last night, and it was not by the hands of police officers,” Bottoms said. “It was by the hands of a coward, cowards, who are still out and about in our community. This happened … near the Wendy’s where Rayshard Brooks was killed a few weeks ago.”

“We are shooting eachother up on our streets..” pic.twitter.com/Q6Atkm49ES

“We’ve talked a lot about what we are demanding from our officers in our communities,” the Mayor continued. “We’ve protested, we’ve demonstrated, we’ve been angry, we’ve cried, we’ve demanded action. Well now we’re demanding action for Secoriea Turner and for all of the other people who were shot in Atlanta last night and over the past few weeks because the reality is this: these aren’t police officers shooting people on the streets of Atlanta, these are members of the community shooting each other, and in this case, it is the worst possible outcome.”

“Enough is enough. Enough is enough,” Bottoms continued. “We have talked about this movement that’s happening across America in this moment in time where we have the ears and the interest of people across this country and across this globe who were saying they want to see change.”

"They say Black Lives Matter. You killed your own." Secoriya Williamson, father of 8-year-old Secoriea Turner, addressed the public during a press conf. today after his daughter was shot and killed last night while riding in a car w/ her mother in Southeast Atlanta. @11AliveNews pic.twitter.com/odowRbSXsq

The people who shot Secoriea are not known, and the Mayor ended her press conference asking the public to come forward with information.

“We got to stop this. We are doing each other more harm than any police officer on this force. We’ve had over 75 shootings in the city over the past several weeks. You can’t blame that on APD. So, I’m just asking you to please honor this baby’s life. Please, if you know who did this, please turn them in. These people are a danger to all of us.”