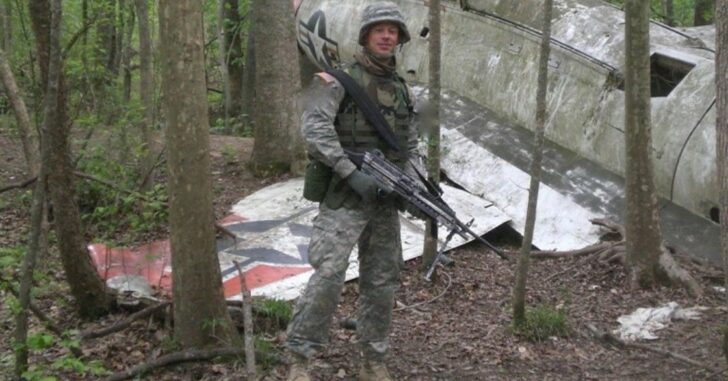 By Patrick Roberts via TTAG

With gun ownership under attack almost constantly, some like myself do our best to avoid the manufactured drama that the online gun community seems to breed. Sometimes that drama takes form as vicious, sometimes libelous statements in chatrooms or comment threads. Other times it’s higher profile, such as a recent video in which The Yankee Marshal falsely accused Mrgunsngear of stolen valor. It was tailor-made content intent on driving a wedge between gun-owning fans of each personality.

The initial video has been unlisted, but is still viewable if you have the link. As much as it pains me to post this, there isn’t another way to view David of The Yankee Marshal at his “finest” and it’s only fair to present what he said in its original form (NSFW language warning).

I generally dismiss most of what The Yankee Marshal has to say about almost anything. Rarely do I click on one of his videos and come away with information that I feel betters my understanding of a topic, rather than betters my understanding of gun forum lore. That isn’t to say that The Yankee Marshal is always wrong, just that I’ve found that he often is.

Here’s the accusation in the above video should you want to avoid subjecting yourself to The Yankee Marshal:

Lately, The Yankee Marshal is becoming the closest the gun community has to a “Karen,” on a constant quest to speak with the manager. When another channel isn’t interested in spending time to defendd themselves, David screams louder about how the accused are cowards and not man enough to address it head-on.

Mike (A.K.A. Mrgunsngear) intentionally makes little mention of his military service in his videos beyond a small comment here and there, which is a tactic that he and I agree on. While I know more details of Mike’s service, it isn’t my place to out him, but rest assured that he not only served his country with honor, but has a pretty damned impressive resume as well.

I want to stress that I respect his decision to keep his content focused on the products being reviewed rather than taking every chance to interject aspects of his impressive service record.

I am sure that some of you will scream in the comments about my decision to leave the details of Mike’s service out, but some things aren’t for me to tell.

Reluctantly, Mike was forced to make a video responding to the stolen valor charge. He again understates his time in the military, but provided more than enough information to disprove The Yankee Marshal’s wild accusations.

I reached out to Mike ( Mrgunsngear) and asked him if he wanted to make a statement for this article beyond what was included in the video. His response was about as honorable as they come. He told me that he said his piece in the video, refuted the charge, and has no more time for baseless accusations.

I mentioned earlier that Mike and I see eye to eye on the topic of how relevant military service is to reviewing products, a topic that we have had more than one conversation about. When reviewing products for civilian users, the lessons learned in the military — be it in garrison or in theatre — aren’t applicable to the review process.

After Mike’s response, The Yankee Marshal posted an “apology” going on for seven minutes and sixteen seconds, managing to continue to downplay Mike’s service and attacking the way that Mike produces his channel’s content.

The original video contained a quote that I thought was interesting:

If you wanna defend people that are too big a pussy to actually defend themselves, go right ahead that says a lot about you and them both.

Good…I really hope that it does, David.

I would rather stand with Mike than listen to you continue to gin up drama and polarize the gun community with videos built on rumors that have no other aim than to drive up views and rile up the online gun community.

Previous article: Georgia Governor Declares State Of Emergency, Atlanta Mayor Calls Out Community Members For Killing Each Other Next article: Intruder Shot And Killed While Trying To Enter Texas Home Via Window