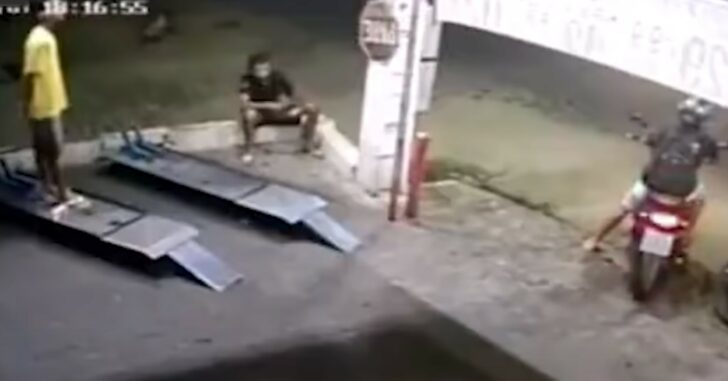 This is all about situational awareness, and not being in places that could be prone to leaving you vulnerable.

This attack, seemingly random, happened in Brazil as some people were hanging out at a shop. A couple of guys roll up on a motorcycle and stop next to the guy who is sitting on the ledge.

They open fire without warning.

The guy who was shot survived the incident, but not without severe wounds.

It’s pretty common for criminals in Brazil to use a motorcycle to commit crimes, and it’s usually a signal to pay attention when you see a bike coming your way with two people on it.

Previous article: The Evil That Walked Among Us – Convicted Felon Charged with Committing 5 Murders Within 6 Weeks Next article: Shooting and Fight at Dallas Luxury Apartment Complex Leaves 3 Injured