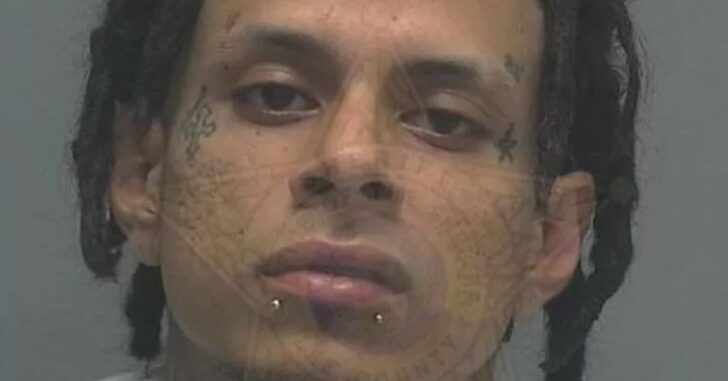 LEHIGH ACRES, FLORIDA – A man who was allegedly attempting to enter and burglarize a home on Saturday was killed when the window he was entering through closed on him, according to authorities. The Lee County Sheriff’s Office provided details on the incident, which occurred on 46th Street SW in Lehigh Acres, identifying the deceased as 32-year-old Jonathan Hernandez.

In a video posted Monday on Facebook, LCSO spokesman Lieutenant Russel Park said, “While Hernandez was trying to work his way through the window, it unexpectedly closed on top of him, pinning him and keeping him suspended in air.” According to Lt. Park, the suspect was dead when deputies arrived on scene and located him, saying that the case has been handed over to the agency’s major crimes unit for additional investigation.

During the video, Lt. Park described Hernandez as a convicted felon who was “no stranger” to law enforcement, adding that he we arrested for his involvement in a 2014 murder case, but provided no further details. A 2014 story in the Fort Myers Beach Observer indicated that he was charged in a fatal shooting related to a drug deal.  Known also as Jonathan Hernandez-Zuluaga, the Sheriff’s Office website shows a history of multiple arrests dating back to 2007, including charges of larceny, grand theft, marijuana possession and probation violation.

After a local media outlet reported the story, including information from the incident report stating that the man’s neck was caught in the window, his family and friends told the station that they believe that there is more to the story. Hernandez’s fiancée, Patricia Duarte, cast doubt on account of the incident that was provided by the Sheriff’s Office with the following statements. “Soon as I got there, I’m like, there’s no way. This isn’t what happened. I need a proper investigation. I need the actual truth to come to light.” She added that when she first met Hernandez, his looks made her think that “he has a rap sheet like El Chapo” but said “He’s the complete opposite of that. He’s the sweetest person you’d probably ever meet and has the biggest heart.”

Accidents do happen, even to people during the commission of crimes, and especially during attempts to forcibly and/or illegally enter the property. It is not uncommon to hear of suspects who are injured or killed by falls, breaking glass, and being trapped in concealed spaces or confined areas.

Previous article: Michigan Man Arrested for Stabbing Mother and Stepfather After Being Asked to Turn Off Video Games Next article: Man Shot and Killed in Self-Defense During Domestic Dispute, Woman Also Unintentionally Shot