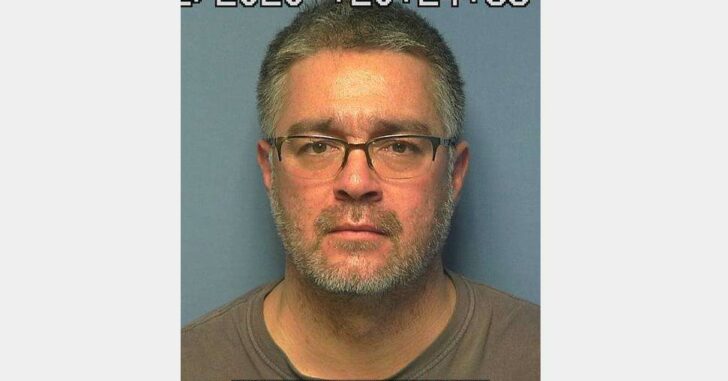 OAK CREEK, COLORADO – A man who went on an apparent shooting spree Wednesday afternoon was stopped when he was fatally shot by an armed citizen. No stranger to law enforcement, he had been released on his own recognizance on multiple occasions in recent months.

Police say that the man, identified as 46-year-old Steven Patrick Padilla Jr., began his tour of terror at 218 Highland Street, where a man was shot but not seriously injured. Padilla then drove to a mobile home park a few blocks away and began shooting.  Around 3:41 p.m., police received reports of shots fired near 201 Wild Hogg Drive, where the gunman fired several shots outside before entering unit 37. Officers from Oak Creek Police Department and deputies from Routt County Sheriff’s Office responded to the call.

Inside unit 37, he attempted to shoot a male occupant when his handgun malfunctioned. As he turned his attention to fixing the problem with the gun, the intended victim tackled him. Padilla was able to fire the gun, killing the man and wounding a woman.  Another male occupant of the residence armed himself and fatally shot Padilla. The injured woman was taken to the hospital with what are believed to be none-life-threatening injuries and is expected to survive.

Routt County Undersheriff Doug Scherar confirmed the identity of the man slain by Padilla as 24-year-old Dustyn River James. James’ friends created a GoFundMe page Thursday asking for donations to cover his funeral expenses. The investigation is continuing and is a joint effort of the Oak Creek Police Department, Routt County Sheriff’s Office, and the Colorado Bureau of Investigations are working the case.

Padilla had a history of domestic violence charges, and had repeatedly been released on personal recognizance bonds, which have increasingly been utilized during the COVID-19 pandemic to meet reduced capacities in jails. The bonds allow a defendant to be released without supervision, with payment of the bond required only if they fail to appear in court.

Padilla had four previous cases, including two that directly involved domestic violence, violation of a protective order and violation of bail bond charges.  He had been released on bonds of $500 on Sept. 16th, $1,500 on Oct. 13th and $5,000 on Dec. 9th.