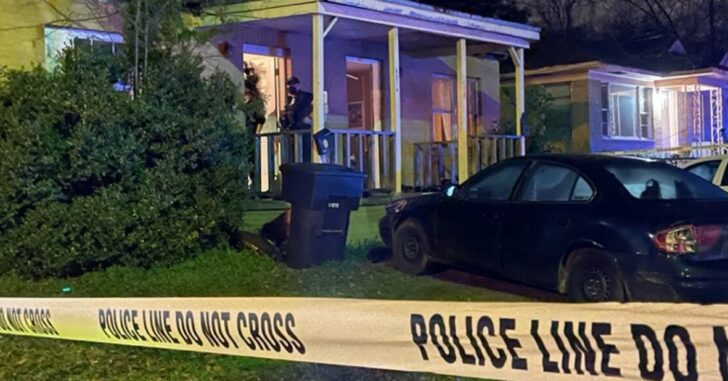 SHREVEPORT, LOUISIANA – An armed man who forced his way into a home and began shooting was fatally shot by the one of the residents. Police were summoned to a home in the 6500 block of Henderson Street in the Cedar Grove neighborhood just after 11 p.m. on Feb. 8.

Responding officers located an unresponsive male with a gunshot wound to the upper body who was later pronounced dead on the scene. He has been identified as 23-year-old Nikolas Mason after the Caddo Parrish Coroner’s Office used fingerprint comparisons to confirm his identity.

SPD investigators responded to the scene to interview multiple witnesses to the incident and collect evidence. They say that their preliminary investigation suggests the Mason was armed and forced his way into the home. He allegedly shot a female occupant in the leg before another occupant of the home returned fire, which proved fatal for the home invader.

The woman was transported to a local hospital with injuries believed to be non-life-threatening, according to police. No arrests have been made and the homeowner has not been charged.

Louisiana laws on justifiable homicide allow an occupant of a dwelling to use deadly force, without the duty to retreat, against a person who has unlawfully and forcibly entered the dwelling. Such laws are commonly known as “castle doctrine” and “stand your ground”.  Castle doctrines exist in some form in 23 states, while 36 states have stand your ground laws.